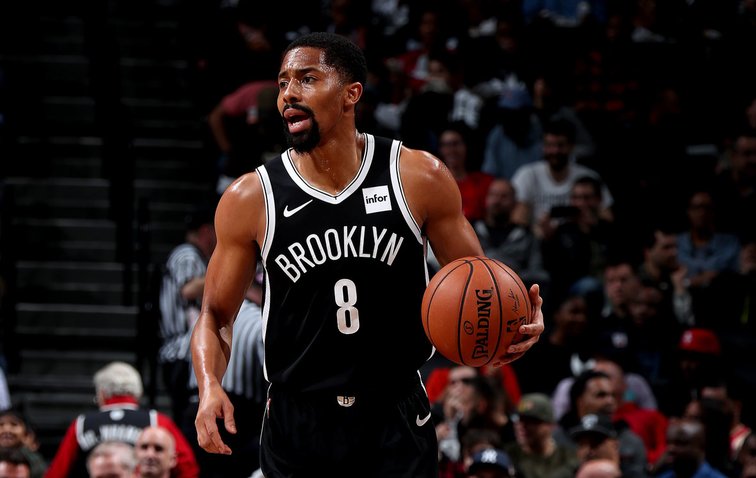 Another week of Nets basketball is upon us, and the Nets begin it at one game over .500, a maybe unexpected development if you’d asked someone right after the LeVert injury what this team would look like in January.

A slight change in this week’s Oppo-Nets piece: Because the Nets and Magic are playing again, with just one game in between their last meetings, I’m just going to link you to last week’s piece if you want to read some Orlando Magic thoughts, since, well…things don’t change that quickly in the NBA.

But we do have two new voices here this week! For the Sacramento Kings game, we have Jonathan Roberts, site expert at A Royal Pain, and for the Knicks we have Tom Piccolo from BBall Index.

The Kings have been one of the NBA’s biggest surprises this year. What’s been the key to them playing good basketball, and do you see them hanging around the tail end of the playoff picture over the last half of the season?

You know, the Kings started out hot, but they’ve started to slow down—both literally and figuratively. Pace has called off a cliff (down to 101 from 107 in October) and they’ve struggled against lower-tier teams (Suns and Hornets) and have struggled to hold leads throughout a game. The Kings are a team that’s gonna need help at the trade deadline to keep in the playoff picture, but it’s not hard to envision them hanging around the 9 or 10th seed without any trades.

Marvin Bagley has yet to start a game for the Kings, but he seems to be giving them good minutes off the bench. How are you feeling about his development?

Bagley development has been fantastic. It’s clear the Kings made a solid choice in drafting him, but it still hurts to see Luka Doncic and Jaren Jackson Jr playing as well as they have knowing Sacramento passed on both. With that said, Bagley looks to be well on the way towards becoming a very good nba player and appears to on an inside track to the starting lineup sooner rather than later.

Who wins — Nets or Kings?

Kings have struggled against teams over .500 and are 4-6 over their last ten while the Nets are hot. Sacramento is also on the road and coming off a bad loss to Charlotte. I think Brooklyn takes this one.

It’s obviously been a rough year for the Knicks, but have you seen any positive signs for the future from any players on this team?

It’s been a rough year for Knicks fans from a win/loss perspective. But, without Kristaps Porzingis, that was a foregone conclusion coming into the season. Success this season was mostly going to come down to the development of the Knicks’ young core – namely Frank Ntilikina and Kevin Knox. Then, to a lesser extent, Mitchell Robinson, Allonzo Trier, Damyean Dotson, and Luke Kornet.

There have been a lot of positive signs from the first half of Knox’s rookie season. He has shown and, at times, sustained flashes of impressive offensive play. His ability to hit the three-ball and the versatility of his jump shot is promising. He is solid getting out in transition and he’s gotten better at pushing the pace as the season has progressed. He has even been a better pick-and-roll ball handler than many expected. He gets to the line a good amount. He still has some major holes in his game: finishing at the rim, playmaking, off-ball movement, and defense to name the biggest problem areas. But, there’s reason to believe he will meaningfully improve as he matures.

Ntilikina has been less of a positive story. No doubt, much of the fan base hoped for more offensive development. His usage rate is down, as is his field goal percentage (from two-and-three-point). He’s getting to the rim a little less and converting on those attempts at a lower rate. The guy never gets to the free throw line. Statistically, there isn’t much of a case to be made for him. But, every game I see him do something and I’m reinvigorated with hope. He makes heady plays. He never gives up. He’s unselfish, but will throw in a mean-spirited drive on occasion. He was always going to be a project, so I’ll keep preaching patience with him. I still believe he’ll be a very useful NBA player.

There has also been a lot to like from Robinson’s debut (still need to see more), Trier’s surprise start (despite his drop-off), Dotson’s solid play, and Kornet’s recent performances.

With the deadline coming up, how active do you think the Knicks will be on the trade market? What players are likely on the block?

I’m not expecting much action at the trade deadline. Granted, I’m skeptical that the Knicks will make a big splash in free agency over the summer. I’m not pinning my hopes on KD, Kyrie, Kawhi, or anybody like that. I think the next time this team will be good, it will be because they drafted well, developed their players, and made smart moves on the margins. People say, “If the Knicks are willing to attach assets to get off Courtney Lee/ THJ/ Lance Thomas, then they must have a wink-wink deal with KD.” I just don’t believe that’s the case. I’ve also heard a lot of speculation about Noah Vonleh moving. But, that guy has played on four teams in four years and has only just now found some success. I’d imagine that Vonleh and the Knicks will want to work something out that’s mutually beneficial. I know this is a boring answer, but I’m anticipating a quiet deadline for the Knicks.

Who wins — Nets or Knicks?

I think the Knicks win and split the season series with Brooklyn. I know the Nets have been hot, but the Knicks definitely take some pride in this cross-city matchup. The Nets came into MSG and stole one, so I’m anticipating the Knicks go into Barclays and do the same.