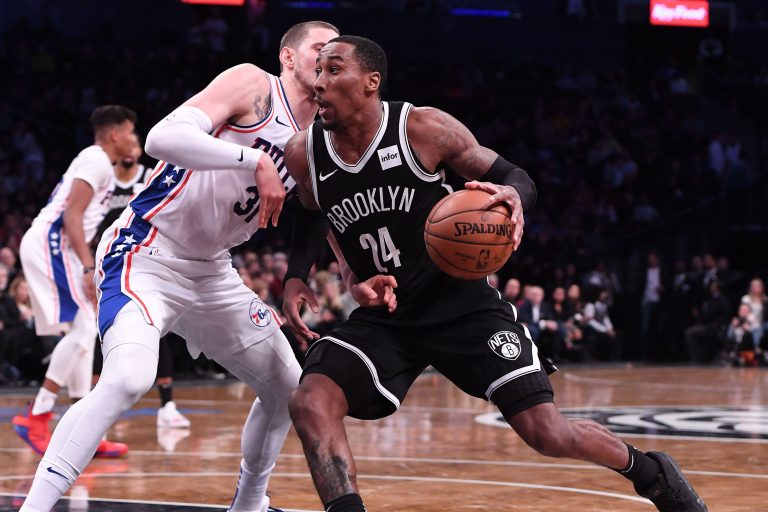 Welcome to the final Oppo-Nets article of 2018. Hopefully everyone reading this enjoyed the great basketball on Christmas Day as a bunch of good teams and the New York Knicks took the court.

I ran this very scientific and not-at-all biased poll because the Knicks need to stop being on national television so much:

Anyway, let’s get to Oppo-Netting. This week is weird because the Nets and Hornets play twice in a row, and getting two different Hornets people seemed like a weird idea. So, just two people we’ll be hearing from: At The Hive‘s Strika to talk Hornets and Dairyland Express‘s Gage Bridgford to talk Bucks.

What did the Hornets ask for on their holiday wishlist?

The Hornets asked for the team to stop losing to bad teams. Charlotte has lost to the Bulls, Cavaliers, Hawks, and Knicks already this season. Losses like these continue to add fire to the “Free Kemba” bandwagon. It isn’t a tough ask, but the team just can’t continue to play up and down to the level of their competition. That isn’t a recipe for a playoff team in the eastern conference.

How good can Miles Bridges be?

Miles Bridges has a lot of potential. He already has the athleticism that really good NBA players tend to have. However, he still needs to work on his attention to detail defensively. There are times where he’s showed signs of something special. Development takes time so there isn’t that much pressure on him to produce yet. In the end, he should continue to grow as the season progresses.

I normally ask who’ll win, but with two games happening in a row, I’d rather go a different direction: what are you hoping to see from the Hornets in these two games?

The Hornets just got blown out by the Boston Celtics in a game that wasn’t close after the first quarter. These next two games against the Nets are a chance to refocus and play the right way on both ends. Kenny Atkinson has a really good team that will be challenging for a playoff spot this season. The Nets need these games as much as the Hornets do, so whichever team comes out fast should win.

Since it’s the holiday season, what would be on the Bucks wishlist?

At 22-10, the Bucks don’t have a lot of stuff that they are wishing for right now. New head coach Mike Budenholzer has this team playing like a top-5 unit on both ends of the floor, and they are only going to get better as time goes on. Giannis Antetokounmpo looks poised to have a great chance at his first MVP title, and they are second in the Eastern Conference. All isn’t perfect for them though, as they have a few things they need to fix. Donte DiVincenzo needs to hit 3’s at a higher clip. He’s hoisting 3.3 per game, but he’s only hitting 0.8 of them. His ability to be a sharpshooter off the bench was what got him drafted in the first round, but he hasn’t shown that consistency yet. They could also use another solid rebounder to take the load off of Giannis. He averages 12.8 per game, but no one else on the team has more than Khris Middleton‘s 5.9. Over the course of the year, banging with centers and power forwards can wear Giannis out.

How far can this team go in the playoffs?

This team has the ability to make it to the NBA Finals if they are playing at their best. At worst, they have a great chance at the Eastern Conference Finals. They and the Toronto Raptors have looked like the two best and most consistent teams in the conference all season long.

Who wins — Nets or Bucks?

While the Nets have been better than expected thus far, the Bucks have a great chance of winning this game, and they are much better at home than they are on the road.

Normally, there would be another person — or even two other people — to hear from, but the double Hornets meeting has us all out of whack. Instead of clicking away from the site, though, go check out Jac Manuell breaking down video of Rodions Kurucs.