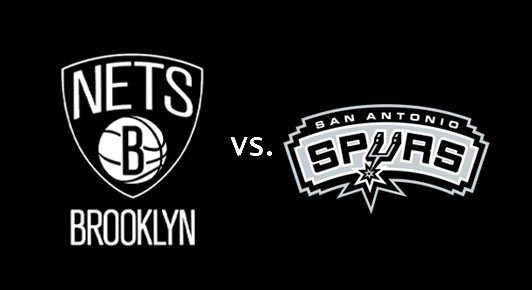 The Brooklyn Nets lost their opportunity to win consecutive games all season with a 112-105 loss to the Charlotte Hornets Saturday night. Next up for the 9-34 Nets is the 34-9 San Antonio Spurs. The Spurs have already beaten the Nets 130-101 this season.

After a dominating performance against the Pelicans on Friday, Brooklyn came out slow against the Hornets. After a day of rest, the Nets are going to need the energy and production they gave Friday night. The Spurs may be a little short handed with Pau Gasol out due to injury, but Kawhi Leonard has been even more of a monster this year than in years past, which is hard to fathom, and they have a big man by the name of LaMarcus Aldridge.

Brook Lopez and Trevor Booker will have it easier with Gasol out, David Lee is still an experienced big man, Lopez against Lee will be interesting as they are both two big men that like to shoot the ball from further out than most big men.

Tony Parker has also been out with a foot injury, leaving the Spurs thinner than usual. Brooklyn’s point guards will have it easier with Parker out, but the Nets’ point guards have been struggling mightily as of late. This has been rumored to be the return of Jeremy Lin. Nothing official yet, but maybe he hear about it tomorrow. His return is much needed.

Kawhi Leonard had a career high 41 points in their win against the Cavaliers on Saturday. Leonard is so good he practically led this team to a win against the champions by himself.

This will be an extremely tough game for Brooklyn even with Parker and Gasol both out. Brooklyn will need to be ready form top to bottom if they expect to even consider stealing a game from the Spurs.