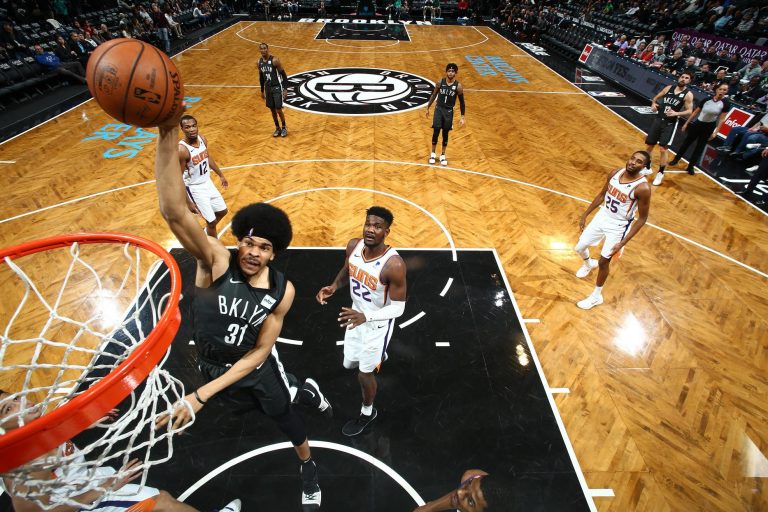 The Nets got back on the winners list thanks to a 111-103 victory over the Phoenix Suns. The Nets had six players who scored in double digits, highlighted by Rodions Kurucs first career double-double (16 points, 10 rebounds) and Spencer Dinwiddie’s 24 points and 7 assists. Here’s how the game unfolded.