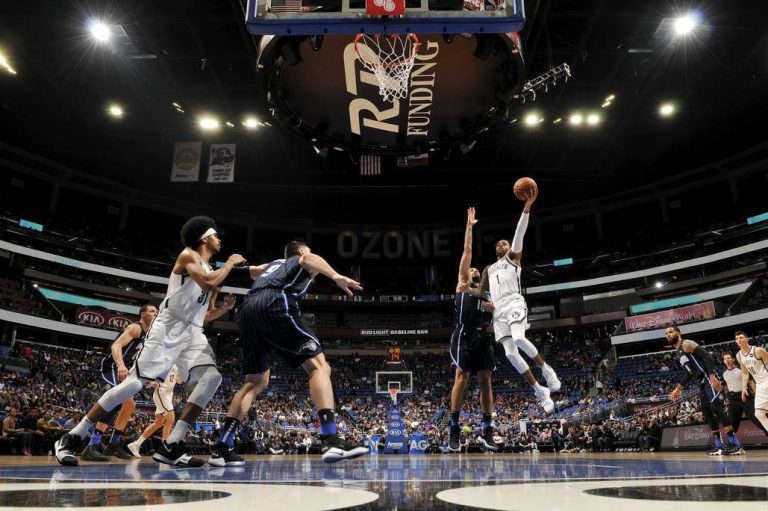 ORLANDO, FL - JANUARY 18: D'Angelo Russell #1 of the Brooklyn Nets goes to the basket against the Orlando Magic on January 18, 2019 at Amway Center in Orlando, Florida. NOTE TO USER: User expressly acknowledges and agrees that, by downloading and or using this photograph, User is consenting to the terms and conditions of the Getty Images License Agreement. Mandatory Copyright Notice: Copyright 2019 NBAE (Photo by Fernando Medina/NBAE via Getty Images)
Home
Brooklyn Nets
Brooklyn Nets Game Threads
Jac Manuell

D’Angelo Russell and Spencer Dinwiddie were the heroes as the Nets came from behind again to snatch the victory over the Magic. Here’s a look at how it went down.