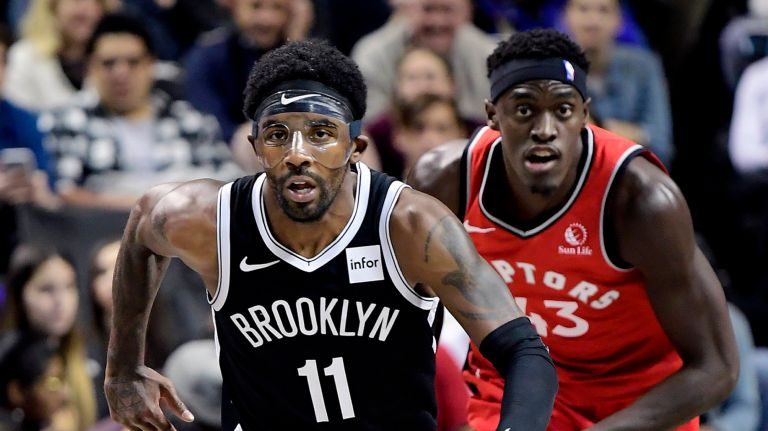 The Brooklyn Nets hosted the season opener against the Minnesota Timberwolves on Wednesday, bringing NBA basketball back to Brooklyn. The game was one of two halves. The Nets looked fatigued in the first half, trailing by as many as 18. However, the Nets woke up after halftime, looking like a new, fresh team on the back of Kyrie Irving’s insane 50 point performance. The game was too good to finish in just four quarters. Unfortunately, the Timberwolves just squeaked out of Brooklyn with the 127-126 win.

The Nets came out looking exciting. The backcourt combination of Kyrie Irving and Caris LeVert started hot, with LeVert playing fearlessly. However, the chemistry was not in-sync, missing shots under the basket and missing teammates with passes. Karl-Anthony Towns got hot early, and Jarrett Allen struggled to contain him. Irving and Levert combined for 40 points in the first half, but Taurean Prince and Joe Harris combined for 0 points. So not great at moving the ball around.

The Nets second half performance looked like a team that could contend. Irving added another 25 points, but the team’s first-half performance combined with a horrible 57.7% free throw percentage hindered the Nets from having a larger lead.

In overtime, it wasn’t meant to be the fairytale ending as Irving slipped with the final seconds left, got up a shot but the ball didn’t go in.

Overall, a disappointing night turned into excitement for what the season will bring. Irving had the most points in Nets franchise season opener history. LeVert had a massive first half, Prince had a good defensive game and Allen still had himself a block party, even if Towns had 36 points and 14 rebounds.

Some highlights of Irving’s historic performance.

Kyrie and Caris showed off terrific chemistry early. This duo is going to be scary.

Irving didn’t just look amazing scoring the ball, he had some jaw-dropping passes as well.

A phenomenal Nets debut for Irving.

You might need an extra set of eyes to guard Kyrie.

Irving is still is one of the most clutch shooters in the league.

Though the loss is tough to swallow, the Nets have themselves a superstar and at points looked amazing. Fatigue and rust were certainly there, but there’s a lot of positives. The biggest one is that Kyrie Irving looks comfortable, at home.

On to the Knicks on Friday, the battle of the boroughs will be fun.