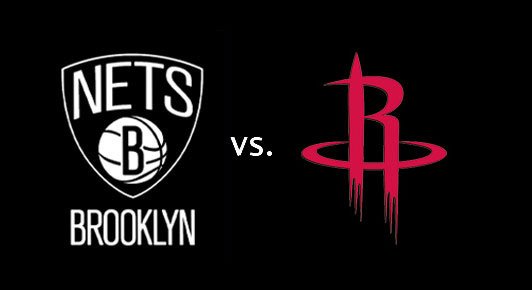 Brook-Lin fans! I gave an update a few days ago about Jeremy Lin finally returning to Nets practice. Yesterday he was listed as probable to play tonight against the Rockets. Today, it has been announced, that Jeremy Lin will play. While Lin will play, he will most likely not start.

This will be an extraordinarily tough game for the Nets as they make stop number two in the Texas Triangle. The Rockets are currently riding a six game win streak heading into tonight’s game.  James Harden has been a savage this season averaging 27.8 points per game 7.6 rebounds and 11.6 assists per game. He is also averaging a steal and a half per game, which shows how tenacious harden really is.

Brooklyn did not fare well in stop one of the Texas road trip. The Nets got blown out 130-101 in San Antonio Saturday night. Houston is a good team but they are no San Antonio; very few teams can even compare.

Trevor Ariza and Brook Lopez should be a fun match-up tonight as they are both pretty much the same player. Brook may be a center, but the match-up is seemingly perfect and should be fun to watch. Also, with Justin Hamilton out with migraines, Brooklyn will be short handed at the big man position.

The key to victory tonight is to protect the three-point shot. Harden and Ariza can both be lights out from range. Also, Eric Gordon has a solid shot as well. Hold Houston to minimal makes from long range via contested shots and we might as well have a great game on our hands.

Also, the combination of Brook-Lin is finally back tonight. While Lin may be on a minutes restriction, it is fair to say that he will be a difference maker. Having Lin back will surely make this team much harder to defeat.