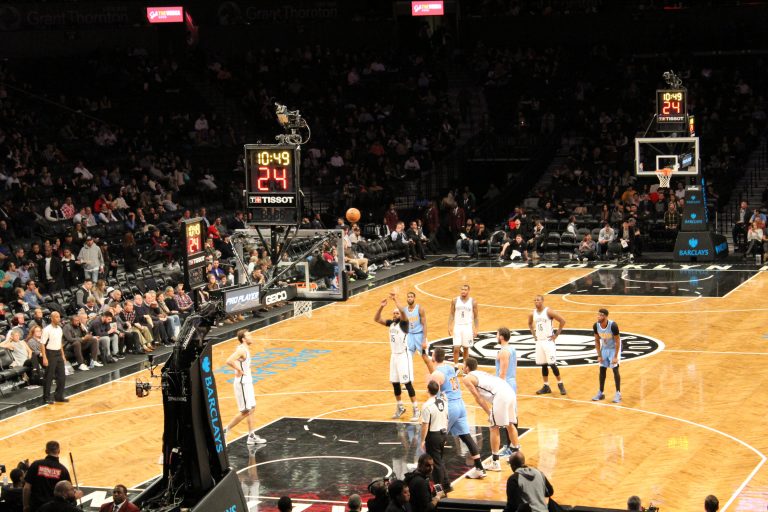 The Brooklyn Nets snapped their three game losing streak with a much closer than necessary win over the Denver Nuggets 116-111. The win puts Brooklyn at 6-15 and the loss drops Denver to 8-14. This win is also Brooklyn’s fourth against Western Conference opponents this season.

Brooklyn was up as much as 29 points in this game, and it came in the third quarter nonetheless. The third quarter was not the issue for Brooklyn tonight; it was the fourth quarter. Brooklyn got outscored 32-20 in the final frame, but it was still enough to hold on to the victory.

Brooklyn shot an impressive 48.2% from the field and went 9-26 from long range, which is 34.6%. It is reassuring that this is now the second game in a row where Brooklyn attempted less than 30 three-pointers.

Brooklyn got out-rebounded in this game 58-42, which is a huge issue. Despite the lack of rebounding, Brooklyn dominated in the paint, winning that battle 58-42. Funny how the numbers are switched, huh?

Regardless of the narrow gap in points, Brooklyn looked really good for three quarters showing that they are not a pushover by any means. Being up by 29 points on any team is impressive. The 29 point lead was the largest by Brooklyn all season. The previous largest was 21 which came early in the season against the Detroit Pistons.

Trevor Booker got yet another double-double as he scored 15 points, grabbed 12 rebounds, and even dished out five assists. Booker is a really good passer for a big man and that is a huge asset to have, especially with Jeremy Lin still, and most unfortunately, sidelined with his hamstring injury.

Good news is Lin is doing shooting drills. Bad news is, he still has not returned to practice and his return date is still up in the air.

Bojan Bogdanovic had a nice night as well as he scored 19 points on 8-11 shooting. Only two of those shots made and attempted were from long range, making him perfect. His lack of three’s shows that he is driving to the basket much more often trying to create better shots for himself.

Sean Kilpatrick, as also mentioned above, scored 22 points on 6-10 shooting including his perfect 8-8 from the free-throw line. Skilpatrick also grabbed six rebounds and dished out three assists. He is really feeling it as of late and is showing the league that he really is a force to be reckoned with night in and night out.

Lastly, Joe Harris. Harris scored 16 points on 6-8 shooting and 2-3 from long range off of the bench. If Joe Harris can keep his stroke hot, Brooklyn has a real solid bench player on their hands. As of now, though, he is too inconsistent to be a real force for this team, but the threat is most certainly there.

Isaiah Whitehead gets a B on the night as he scored 14 points on 5-11 shooting. Whitehead got a hold of four steals but only dished out two assists. This is another game where the big man, Trevor Booker, has garnered more assists than Whitehead, the point guard. Regardless, Whitehead is starting to come along and starting to find his shot, which is always a very good sign.

Rondae Hollis-Jefferson is the last grade to be given, and it is not a good one. RHJ gets a D on the night. He only played 14 minutes, but came away scoreless on six shot attempts. He would get an F if he played more minutes, but, considering his lack of playing time, he gets a D. Hopefully he starts to perform the way we all know he could once Lin is back and RHJ gets back into the starting lineup and gets more valuable minutes.

This may not have been the greatest win of the season as Brooklyn almost lost a 29 point lead, but a win is a win. Brooklyn has arguably the toughest test of the season coming up on Saturday when they travel to Texas to take on the San Antonio Spurs. Brooklyn has never played well in Texas, especially in San Antonio. As for Denver, they travel to the Nation’s Capital to face-off with the red hot John Wall and the Washington Wizards tomorrow night.