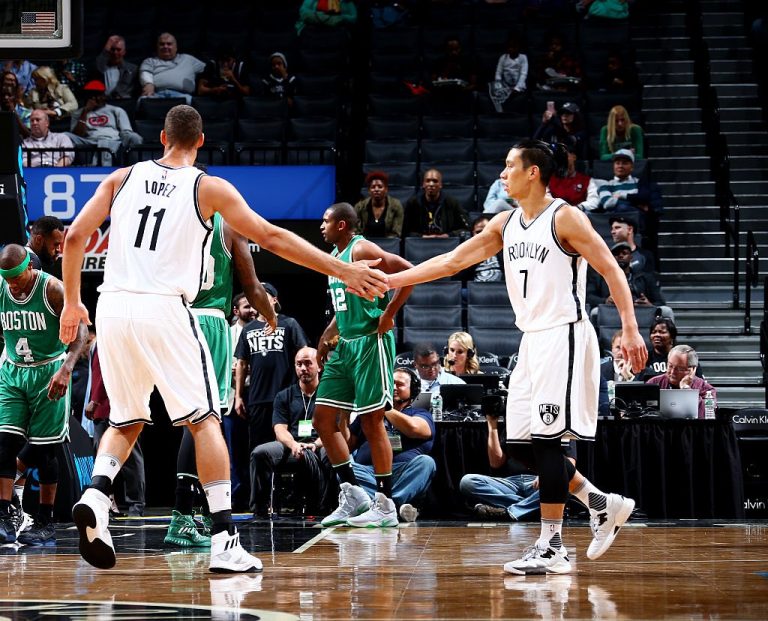 The Nets and the Celtics should be seeing plenty of each other during these upcoming two weeks. After two preseason games on October 13 and October 17, the two franchises will kick off their regular seasons on October 26. With the Opening Night still a ways off, however, expect to see Kenny Atkinson continue to experiment with rotations.

After getting their rest against the Heat, Randy Foye and Brook Lopez should return to the starting lineup. Caris LeVert has started participating in team practices, but Atkinson certainly won’t be rushing to play him ahead of schedule. Everyone else is available, but expect to see one or two standard rotation members sit this one out.

With Lin and Lopez each getting limited minutes so far, this might be our first real chance to see the Brook-Lin combo in action. Though this will likely be a staple of the Nets’ gameplan, Atkinson might opt to continue forcing the motion offense. Still, at some point we should start seeing these two playing styles mesh into one. Why not against the Celtics, Brooklyn’s rival in the regular season opener?

If they make it, expect Joe Harris and Anthony Bennett to continue auditioning for playing time. They have both averaged double figures in the three games the Nets have played so far. Harris in particular has a great shot at becoming the team’s backup small forward.

Boston will be without Kelly Olynyk, who is still nursing a shoulder injury. Terry Rozier and Isaiah Thomas are both listed as day-to-day, but both should be available for the Nets game. The Celtics are 2-1 so far this preseason, with both of their wins coming against the Hornets. Al Horford seems to be settling in nicely, averaging 10.5 points and 8 rebounds per game.

In the first of three games during the upcoming two weeks, the Celtics outlasted the Nets 100-97. Though Brooklyn was more focused on defense compared to their previous losses, their off shooting night prevented them from capitalizing on it. The Nets are now 1-3 this preseason, with this being their third consecutive defeat.

The first half went by with neither team able to get the upper hand. The defensive intensity was high on both ends, especially in the second period. The Nets in particular made big strides in that area, limiting the Celtics to 39% from the field. Both teams shot badly from behind the arc, converting a combined 7 of 34 attempts.

The second half saw the teams continue to trade blows early on. However, the Celtics managed to put together a 13-4 run to end the quarter, with Jonas Jerebko and Gerald Green hitting important shots during this stretch. The Nets’ bench unit was unable to respond, and they were suddenly down by 8 with 12 minutes to go.

Brooklyn was not about to give up that easily, however. Luis Scola scored 7 quick points to spark a 10-2 run, and the game was soon tied again. With neither team able to get ahead, the scene was set for an exciting endgame. With 41 seconds to go, the Nets had a 1-point lead and a possession. However, an ill-advised jumper by Greivis Vasquez saw the Celtics mount a fastbreak and take back the lead. The visitors tried to respond, but neither Scola nor Vasquez managed to hit contested jumpers with the clock winding down.

With Justin Hamilton rested, Atkinson decided to utilize Scola as a backup center. The Argentinian veteran made the most of the opportunity, registering 14 points, 11 rebounds and 5 assists in 28 minutes. Add up all the little things that don’t show up on the scoreboard, and you get an excellent performance. It’s still early days, but Scola seems poised to become one of the fans’ favorites.

Jeremy Lin had another good game with 12 points and 7 assists in 27 minutes. Trevor Booker had a double-double of his own, scoring 11 points and grabbing 12 rebounds. Bojan Bogdanovic, Brook Lopez and Rondae Hollis-Jefferson were all in double figures as well. Al Horford and Marcus Smart led Boston with 13 points each.

After a decent shooting performance against the Heat two days ago, the Nets fell back into another slump. They converted a mere 10 of their 35 three-point attempts and were just 33-of-86 from the field. For a team that depends on outside shooting, this was a huge obstacle to overcome. Part of the problem was that the Nets couldn’t get many open looks when Lin was resting. This naturally led into the offensive flow taking a big hit, which hampered the entire bench unit.

Hamilton and Isaiah Whitehead were rested, which cut the Nets’ rotation down to 11. With only two preseason games to go, this trend seems likely to continue. The Nets now travel to Boston for a rematch with the Celtics on Monday.