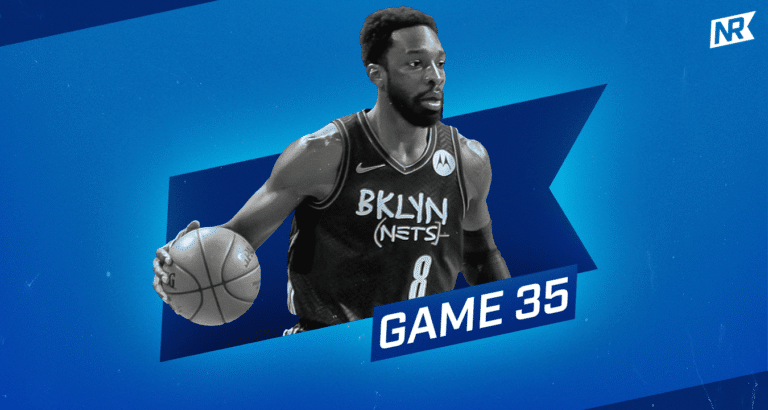 Brooklyn Nets: Three Takeaways From the Loss to the Dallas Mavericks (2/27/2021)

Looking to extend their win streak to nine games, the Brooklyn Nets tipped off against the Dallas Mavericks. Due to Brooklyn’s depleted roster, the game looked set to be a duel between James Harden and Luka Doncic. Despite sticking with Dallas for the first 30 minutes of play, the floodgates opened midway through the third quarter and the Mavericks pulled away.&nbsp;

With the loss and the snuffing-out of the Nets’ win streak, here are three key takeaways for Brooklyn moving forward.

With Kevin Durant out due to a hamstring strain and Kyrie Irving managing his shoulder injury, the Nets entered Saturday night’s contest hoping to ride Harden to a ninth straight win. Despite a few too many turnovers leading to easy points for Dallas on the other end, Brooklyn closed out the first 24 minutes down just four points, 68-64.&nbsp;

In Durant and Irving’s absence, Harden put on a show in the first half. Scoring 25 points and dishing out three assists, Brooklyn’s third All-Star scored the most points in a first half by a Net since Irving put up 27 last January and kept the team in the game without much help on the ball. That said, the bench unit did its part and actually went +8 in the six minutes without Harden on the floor.&nbsp;

The second half was a different story. The offense that clicked in the first half with Harden at the point struggled to keep its footing in the second as Dallas pulled out a 15-point lead with four minutes remaining in the third quarter and never looked back. The former-MVP scored just four second half points and the rest of the roster failed to pick up the slack as Luka Doncic put the game out of reach.&nbsp;

This Game Doesn’t Tell Us Much About the Nets

It’s a shame that the Brooklyn Nets’ eight-game win streak came to a close against Dallas. Yet, despite the loss, this game really doesn’t say much about this Nets team that we didn’t already know. The absences of Durant and Irving forced a number of role players into more significant roles versus the Mavericks that, logically, proved to be problematic.&nbsp;

Of note, while he’s fine as a bench piece and a rotational fill-in, Timothee Luwawu-Cabbarot struggled tremendously on Saturday night. Starting his fifth game of the season, the French wing scored six points on 2-12 shooting from the floor. He took too many ill-advised attempts and was sloppy when attempting to make plays, turning the ball over twice on the night. While plus-minus is a fairly flawed stat, Luwawu-Cabbarot’s -32 was telling.&nbsp;

Nonetheless, that type of performance from the former 24th overall pick isn’t indicative of some fall-off in play. Rather, it’s indicative of the cascading impact that missing Durant and Irving has past the immediate fallout of lacking each of their playmaking abilities. With both of them out, guys like Luwawu-Cabbarot, Chris Chiozza, and Andre Roberson have to step into offensive roles for which they aren’t suited.&nbsp;

With those guys in those roles, the Brooklyn Nets’ reliance on Harden is heightened which makes his six turnovers excusable. Nevertheless, in many ways, Brooklyn closing the first half down just four points was miraculous considering that Dallas scored 20-points off of Brooklyn’s 13 turnovers in the first 24 minutes.

Nic Claxton Continues to Impress for the Brooklyn Nets

In a fairly quiet 13-minute outing, Nic Claxton once again impressed, particularly defensively. He only scored two points on 1-3 shooting and nabbed just two rebounds. But his switchability defensively was on display once again. On a couple different possessions he switched on to Luka Doncic and forced the Slovenian to either pass the ball off or settle for a contested jumper.

Obviously taking much away from 13 minutes of gameplay is premature. But, in just his third outing of the season, Claxton is looking more and more likely to carve out a meaningful role for this team down the line. He’s still behind both Jeff Green and Deandre Jordan in the center rotation yet he’s the perfect change up to those two veterans with the defensive versatility of Green and the vertical spacing ability of Jordan.