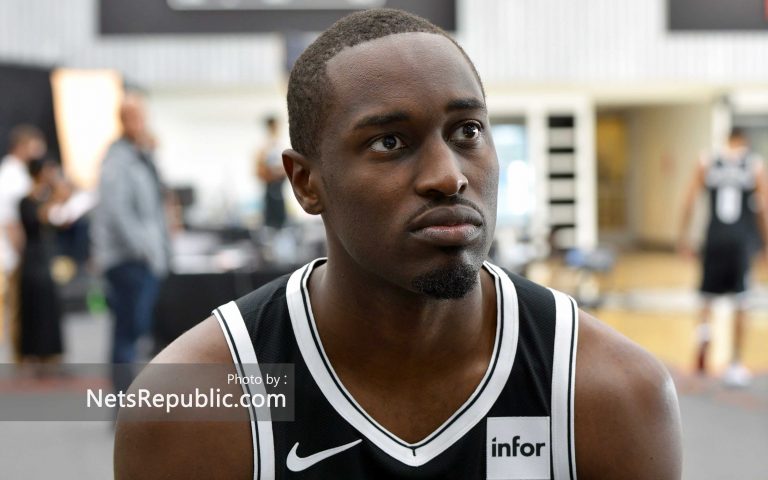 BROOKLYN (April 10, 2019) – The Brooklyn Nets have exercised the Standard NBA Contract Conversion Option on two-way guard/forward Theo Pinson’s contract. Per team policy, terms of the deal were not released.

Pinson was originally signed by Brooklyn on Aug. 6, 2018, and had his contract converted to a two-way deal on Oct. 11. In 17 games with Brooklyn this season, Pinson has recorded averages of 4.5 points, 1.9 rebounds and 1.1 assists in 11.3 minutes per game.

Pinson also played in and started 34 games for Brooklyn’s NBA G League affiliate, the Long Island Nets, this season, averaging a team-high 20.7 points, 5.9 rebounds and 6.1 assists in 35.6 minutes per contest, earning All-NBA G League Second Team and NBA G League All-Rookie Team honors. He ranked 11th in the league in points per game and 13th in the league in assists per game. Pinson registered the first triple-double in franchise history on Dec. 28 at Wisconsin with 27 points, 10 rebounds and 15 assists and was one of 18 players to log a triple-double in the NBA G League this season. The Greensboro, N.C., native scored in double figures in all but one of his 34 games with the LI Nets this season and posted 18 games of 20 or more points, including a Long Island season-high 43 points on Jan. 10 at Maine. Pinson also finished second in voting for the 2018-19 NBA G League Rookie of the Year award. In four playoff games for Long Island, Pinson has averaged 20.8 points, 6.8 rebounds and 5.3 assists in 37.6 minutes per contest.