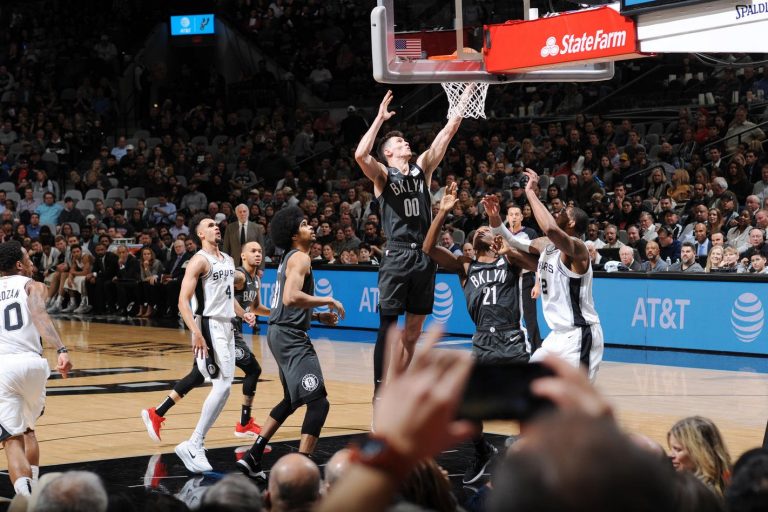 SAN ANTONIO, TX - JANUARY 31: Rodions Kurucs #00 of the Brooklyn Nets shoots the ball against the San Antonio Spurs on January 31, 2019 at the AT&T Center in San Antonio, Texas. NOTE TO USER: User expressly acknowledges and agrees that, by downloading and or using this photograph, user is consenting to the terms and conditions of the Getty Images License Agreement. Mandatory Copyright Notice: Copyright 2019 NBAE (Photos by Mark Sobhani/NBAE via Getty Images)
Home
Brooklyn Nets
Brooklyn Nets Game Threads
Jac Manuell

Free throws win games. The Nets poor free throw shooting cost them a win against San Antonio away from home. It was a hotly contested affair, and this is is how it unfolded.