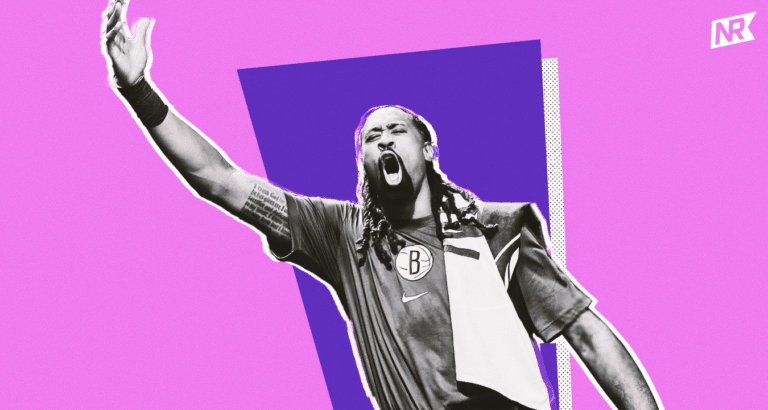 The Brooklyn Nets Already Have a “Glue Guy” in DeAndre Jordan

Every NBA team needs a guy, who despite their on-court contributions, is a necessary presence both on the team and in the locker room. As Brooklyn Nets fans, you’ve likely got an idea of where I’m going with this. Spencer Dinwiddie has most recently come out and proclaimed himself the “glue guy” for this team. He compared his outlook this year to that of Draymond Green, who was instrumental in the Golden State Warriors’ four-year run that resulted in three championships.

The forward’s play has never been deemed sexy. There have been countless memes made about the structure of his jump shot. But Green in his prime was (is?) a top-five defender in the NBA. And for the Warriors, that was a necessary component to their championship formula. For Dinwiddie to claim that title publicly, isn’t poor taste by any means. He’s definitely been a stand-up professional in his entire tenure with the Nets, there’s little doubt there. I’m just not sure he can fill a role that’s already taken.

Because it’s DeAndre Jordan, the 12-year veteran big and third piece to the Brooklyn Nets’ clean sweep in 2019, that’s playing the part of “glue guy” for this team. Don’t believe me? Fine, but that comes from Kevin Durant himself:

“DeAndre is sort of like the glue in the locker room and everybody kind of gravitates towards his voice and his energy,” the Nets star said Wednesday, per Mollie Walker of the New York Post. “We all played against DJ throughout his whole career, and even as a competitor, he still has that joy and spirit within the game you know, playing tough but also understanding that he is playing the game….He brings that kid-like enjoyment to playing us. He knows how to switch it on because, sometimes, you need to cut that s–t out and be locked in. And he understands that. It’s a good balance for us as a group.”

And that’s from December 10th, 2020, not 2019. Jordan is a consummate professional, especially off the floor. Where Nets fans have griped about his fit and “effort” on the hardwood, he’s swayed them with his voice and presence as a veteran. When you’re chasing a championship with a roster that features two Hollywood caliber personalities like Durant and Irving’s, that’s invaluable.

In Jordan, this team has a guy who’ll be able to keep the fences up and mended all season long, no matter any struggles or low points. Take his comments about Irving last October for example. DeAndre Jordan was asked about the reports that the Brooklyn Nets were concerned with the point guard’s mood swings:

“Kyrie’s a bad guy…He’s terrible. He’s moody. I don’t like to be around him. He’s horrible in the locker room. He’s a selfish player. I don’t like his haircut. I wear his shoes only because they’re comfortable and because he makes me. Is that good?”

It’s that kind of lighthearted attitude and determination to diffuse any wildfires, that will (and already have) make the big man a locker room favorite. It’s nothing against Durant or Irving, but their interactions with the media haven’t been historically enthusiastic. Jordan should help to keep both parties connected and civil; a must-have if this team is going to get through a season under an immense pressure. Not to say they wouldn’t make it through without him, but history tells us these roles transcend friendship.

For the NBA fans that are surprised at this development, you shouldn’t be. Look at Jordan’s career path, the guys he’s played with, the teams he’s played on, and his overall track record. He spent 10 and a half seasons with the Lob City Clippers, in which the team made six playoff appearances, with four of those reaching (and ending in) the Western Conference SemiFinals. Jordan was running out there, coming up short year after year next to guys like Chris Paul and Blake Griffin. They may not be the divas that Durant and Irving are made out to be by so many, but trust that their voice is heard when they’re dissatisfied.

Then came a brief, brief stint with the Dallas Mavericks. Years after the Clippers essentially kidnapped Jordan to convince him not to sign with Dallas, he joined the Mavericks on a one-year deal worth a whopping $24-million. He played just 50 games for them that year but put up his custom double-double stat line: 11 points, 13.7 rebounds, and 1.1 blocks nightly. But his salary was ultimately used as a filler in the Kristaps Porzingis deal, and he finished the year with the New York Knicks.

From Los Angeles to Dallas, and even in his 19-game stint in New York; Jordan was a superb teammate. There was one report that came out during his time with the Mavericks that he was “rubbing his teammates the wrong way.” Jordan stole a rebound from Luka Doncic, otherwise considered the favorite child, and it’s not hard to determine where the report came from. We’ll chalk that up to the self-consciousness of the Dallas’ franchise cornerstone, and not as much Jordan’s selfishness on the glass. After all, the Mavericks’ were 23-27 at the time of the trade. That’s not exactly winning basketball, but they weren’t terrible by any means.

I say all that, because it doesn’t stop with Jordan’s happy, go cheery attitude, or his glass half full mindset in the locker room. Guys want him on their team because of what he does on the court as well. This won’t sit well with Brooklyn Nets fans, but Jordan is still a capable rim protector and rebounder. Even if it was the Golden State Warriors, he didn’t end up with 11 rebounds on accident in their season-opening win.  In clear-cut favorable matchups down low, expect Jordan to continue doing what he always has; catching lobs, dunking the basketball, and making sure Brooklyn’s opponent is unable to do either for a full 48 minutes.

The obvious response to all of this is Jordan’s age and his unappealing performance from last season. He averaged 8.3 points and 10 rebounds as a backup to Jarrett Allen last year, in a season where development was the top priority. Without Irving or Durant, there was no point in deploying Jordan as the starting center. It made more sense to give everyone behind him more exposure. Now fully healthy, in a year that’s about as close to title-or-bust as you can ever get, he’ll need to get back on that horse and return to form.

Until then, don’t discount DeAndre Jordan’s contributions to the Brooklyn Nets. As this team gets closer, in hopes of forming a finished championship-caliber product; it’ll be their big man, and just maybe Spencer Dinwiddie too, that holds them together.