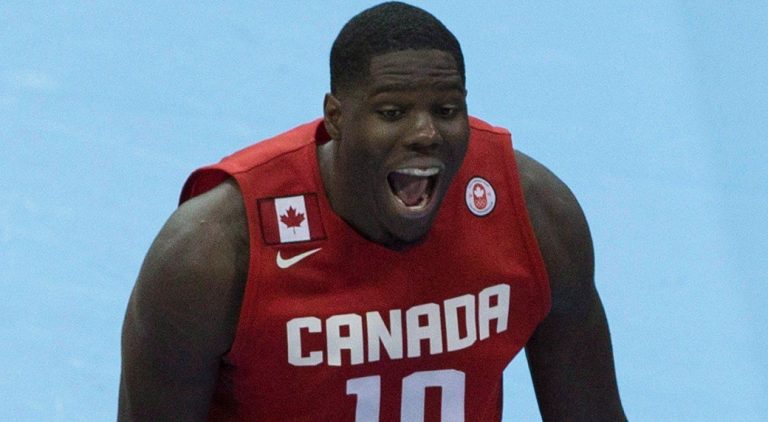 Anthony Bennett’s last chance at a meaningful NBA career is with the Brooklyn Nets. He’s been unsuccessful in Cleveland, Minnesota, and Toronto. If Bennett comes up short again, it would be hard to imagine another team taking a shot on him.

Why Has Bennett Been Unsuccessful Thus Far?

Bennett is now on his fourth team in four years. Not having continuity as a young player is difficult in the NBA. It takes time to learn a playbook and build chemistry with teammates, which doesn’t just happen overnight. At the same time, you can’t put all the blame on the situation and none on the player.

The biggest knock on Bennett was that he didn’t fit a specific position. That is still a concern today. Bennett hasn’t been quick enough to play small forward, and he not big enough to play power forward.

Throw that last statement away. Just throw it away. The NBA has become a position-less league. If second round pick Draymond Green can learn to play every position — point guard through center — surely Anthony Bennett can fit in a lineup.

What Did Bennett Do Well in College?

Bennett was a star for UNLV. He was a stretch forward that could not only score, but also defend. Bennett averaged 16.1 points, 8.1 rebounds, 1.2 blocks, and 0.7 steals per game. Not to mention he shot 37.5 percent from three-point land. Was he projected to put up those same stats as a rookie in the NBA? No. Is he expected to put up those numbers as a fourth-year NBA player? No. The Nets didn’t acquire a first overall pick. Yes, they did get a first-round pick in return for Thad Young that turned out to be Caris LeVert. But they didn’t give up any assets to get Bennett. It’s safe to say expectations are low for Bennett. However, it is in the Nets’ best interests to develop him as they start their rebuild.

It is also in Bennett’s best interests to get in shape and put in the work. That glow of being the first overall pick and having everything handed to him has worn off. Bennett has not been in shape once in his NBA career. And if you look at him, he looks more like a football player than a basketball player. Yes, Mr. Bennett, I’m calling you fat. You don’t need to bounce off of linebackers. Please slim down, so you can have the stamina to run up and down the court.

What Can Bennett Become?

The stretch forward has become one of the most coveted positions in the NBA. Bennett has the skill set to become one. Is he going to be Dirk Nowitzki, Kevin Love, or even Ryan Anderson? No, but can he be like Patrick Patterson or Solomon Hill? Keep in mind Patterson is going to get paid massively next summer, and he averaged less than 7 points per game last season. Furthermore, Solomon Hill just averaged 4.2 points per game last season. And the deal he got this summer pays him $12M-$14M/year. These types of players do two things well: they space the floor and defend. That’s it! If I’m Anthony Bennett, I’m getting motivated really fast.

It’s clear from Bennett’s days at UNLV that he has the talent. That happens to be true for a very select group of players. It’s not enough though. The light bulb has to go on. If the player isn’t motivated, the results won’t be there. Look at Larry Sanders. He had all the talent in the world to be one of the best rim protectors in the NBA. However, he wasn’t motivated and ended up leaving a lot of money on table when he quit basketball. And now he wants to come back to the NBA. The light bulb has finally gone on for Sanders, but is it too late for him? I don’t know, but I do know it’s not too late for Anthony Bennett. He has an NBA contract to play for the Brooklyn Nets and I want to see him play his heart out.