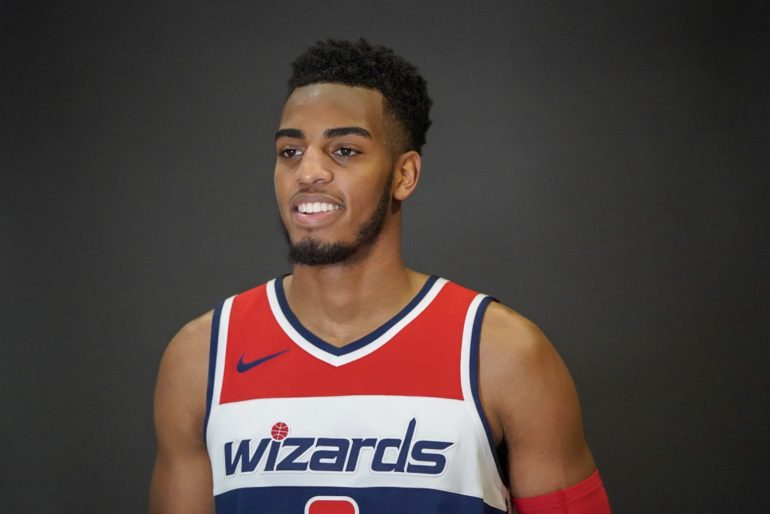 In Troy Brown Jr.’s one season at Oregon, he flashed an array of different tools, from a smooth and creative handle to play making vision to defensive versatility. But, the one thing he never showed with much consistency, a reliable three-point shot. Unfortunately, it’s the one thing that every team is looking for from prospects right now. How effective can he be without it and how effective will he be if he develops it? Let’s find out:

Brown Jr. is arguably one of the most versatile offensive players in the draft. With his 6’7″ 210 frame, he boasts the playmaking and ball-handling of a point guard and the bully-ball tendencies of a bigger power forward. Because of his versatility he filled a myriad of different roles for Oregon this year, from primary playmaker in spurts to secondary scorer to off-ball weapon.

Even if he wasn’t the most effective in any of the roles he was asked to fill (we’ll get to that later), he was effective enough to keep defenses on their toes and give Oregon an array of different looks to throw out. Just watch how he steals an offensive rebound and whips out a perfect pass to a wide-open Payton Pritchard:

The raw tools are there; he displayed a unique passing vision for a wing and the handles to be more than a simple ball-mover. If he can hone both skills with NBA level training, he could arguably become one of the most interesting players in the league and reach higher levels as an overall player.

He has the raw athleticism, elite frame, and will to be one of the better defenders in the NBA. He averaged 1.6 steals per game this year and showcased the ability to hang with both wings and guards effectively. Brown also displayed decent instincts off the ball this year and consistently crashed passing lanes, and made an effort to stick with his man off the ball.

Watch how he jumps the passing lane and gets a steal which leads to a lay-up for teammate, Payton Pritchard:

Sure, he does get burned gambling off the ball more than one would want and needs more discipline to truly reach his defensive ceiling, but the potential to be an impact defender is there for him.

The one skill he’s missing on offense just so happens to be one of the most valued in the NBA right now; reliable three-point shooting. Brown shot just 29% from downtown this year and his free throw percentage (74.3%) doesn’t inspire much confidence in his shot at the next level. He appears to have some solid mechanics and a decent foundation, but for some reason hasn’t been able to pull it together in a high-level basketball situation.

His lack of shooting makes it especially difficult to figure out exactly what his role can be in the modern NBA. He’s not quite good enough with the ball in his hands to have him lead a second-unit but he’s not enough of a weapon off of it to be effective in a team context. Maybe he can develop into an even average three-point shooter depending on where he lands in the NBA and become a steal for whomever takes him.

But if he doesn’t, he’s going to be a difficult player for a coach to work with on offense.

Brown reminds me of a more tame Lance Stephenson. Both players are big, athletic, and flashy wings who are truly weird players to try to build around. Furthermore, they can’t shoot but do everything else at an above-average level. The only difference is that Brown doesn’t come with nearly the off-court or on-court baggage which always follows Stephenson.

Obviously Stephenson is a useful player at the NBA level–he was a legitimate All-NBA candidate in 2013–but Stephenson can only get you so far.

Brown low-key fits exceptionally well with both the Nets five-year plan and the system Kenny Atkinson has installed. He could boost their defense while giving them new dimensions offensively on the wing. More importantly, he has real potential to be a steal. If he develops a three-pointer and calms down with the ball offensively, he could be a fantastic player for someone.

Even if he stays at his current level, he impacts the game in enough ways that he can still provide real value to the Nets both in the present, and in the future.