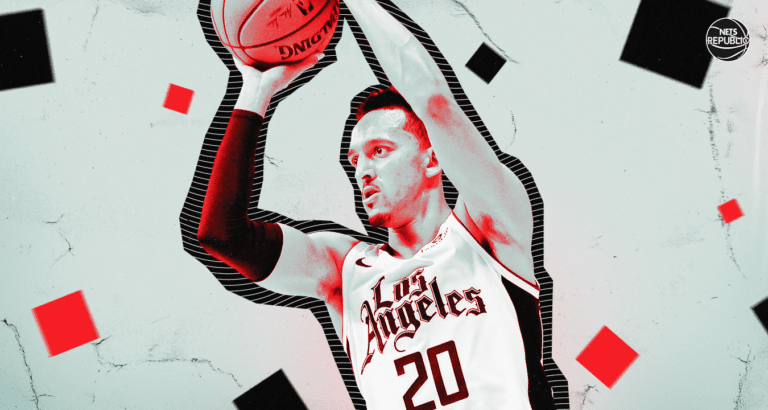 The Brooklyn Nets entered Wednesday night with the 19th pick in the 2020 NBA draft, but they opted to not select a player with their pick first-round pick. Instead, swingman Landry Shamet will be making his way to Brooklyn as part of a three-way trade in which the Nets sent the 19th pick to Detroit and former Pistons guard Luke Kennard acquired by the Los Angeles Clippers.

Shamet is a sharp shooting two-guard who should be able to contribute to a contending Brooklyn squad next year. After being drafted by the Philadelphia 76ers, Shamet was traded to the Clippers at the 2019 trade deadline in a multi-team deal which netted Tobias Harris for Philadelphia.

Shamet should prove to be a valuable shooter from behind the three-point arc for the Nets next season. He has landed 40% 3-point tries for his career, and his balance and ability to shoot on the move will be valuable to this Nets offense. After getting traded, Shamet shared two tweets with his followers, celebrating his arrival to the Big Apple:

Here’s a clip of Kevin Durant – then a member of the Warriors – complimenting Shamet after a playoff game against the Clippers in 2019.

Kevin Durant says stopping Landry Shamet and the way that he roams around the perimeter was key for the #Warriors. #Clippers pic.twitter.com/DxFF6Yb7NF

Why make a trade at all, when Brooklyn could have selected 3-and-D wings at pick 19 like Saddiq Bey, who was ultimately chosen by Detroit at that very spot? The Nets want proven talent that can compete for a championship next season, and any rookie is naturally unproven. Shamet is still young – he turns 24 years old in March – and can be an instant contributor off the bench. This move adds another flamethrower to the Nets’ already impressive shooting arsenal, and potentially prolongs an asset for a theoretical James Harden trade.

The Nets and Clippers also swapped picks 55 and 57, and the Nets used the latter to select Reggie Perry, a forward/center out of Mississippi State.

Check out highlights for both of Brooklyn’s newest additions: