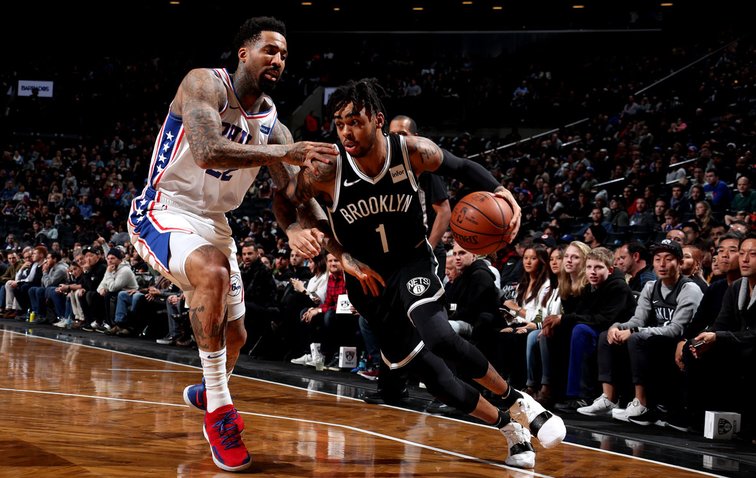 The Nets missed an opportunity to win Game 3 on Thursday night against an Embiid-less Philadelphia 76ers squad at the Barclays Center and the teams’ first-round series now stands at 2-1 heading into Game 4 in Brooklyn. The Nets could not stop the inside scoring outburst from Philadelphia and Kenny Atkinson must make the necessary adjustments for the nets to even the series at 2-2 in Saturday’s pivotal Game 4.

I had hoped for the Nets winning Game 3 when I saw that Embiid was ruled out. However, even though my hopes were relatively high, I could not shake the disappointment of dropping Game 2. The Nets were down by one at the start of the third quarter, trailing the 76ers 65-64. However, the wheels fell off during a 24-4 run at the start of the third where neither the players or coaching staff made the decision to call a timeout.

For a team that has vastly overachieved this season, the Brooklyn Nets cannot afford to lose winnable games on the road against a team that was already playing catch up after losing the first game of the series. As much praise as the fanbase and the organization gives Atkinson, not calling a timeout after an 8-0 run at the start of the quarter should have received more criticism than it did. Yet, on social media, many fans were content because the Nets “took one on the road” and “[the Nets] did their job by going back to Brooklyn with the series tied.” The Game 2 Sixers win and the comments made by Jared Dudley about Ben Simmons gave Philadelphia the momentum they needed to tune out the noise of the Brooklyn crowd on Game 3.

What Will Happen in Game 4?

Heading into Game 4, Atkinson and the rest of the coaching staff will need to finally address the biggest issue that the Brooklyn Nets offense has had this entire season, which what happens when the three-pointers are not falling. During Game 3, Brooklyn shot just 20% from beyond the arc and from the eight-minute mark of the fourth quarter until the end of the game, the Nets didn’t make a single three-point shot. On the other side of the court, Sixers head coach Brett Brown made sure to call a timeout just as D’Angelo Russell was starting to heat up and made a three-point shot to cut the deficit to six.

The Nets need to increase the penetration during Game 4 when shooters are not open and they need to challenge the big bodies of Marjanovic and Embiid when defending the basket. The Nets can regain momentum by winning Game 4 and going back to Philadelphia tied. The Brooklyn guards need to attack the basket and get to the line and Atkinson should try to run plays on Embiid and Marjanovic to tire them out and eliminate their effectiveness. But with Ed Davis ruled out for Game 4, Jared Dudley and Rondae Hollis-Jefferson will most likely split time at the five when Jarrett Allen in on the bench. If this is the case, the Sixers big men could have a field day scoring inside.

On the defensive side, the team needs to focus on guarding J.J. Redick and Jimmy Butler and limit the three-point shots from falling. With Davis out, the Sixers will be hard to stop inside, but if the Nets can limit their shots to those 15 to 20 feet from the basket then there is a chance of the Nets taking Game 4.

The key players for the Nets heading into Game 4 are Joe Harris and Spencer Dinwiddie. In three games, Harris is shooting 30% from three and only averaging about three shots. Atkinson needs to get him going early so that the duo of Russell and Caris LeVert can effectively drive into the paint with fewer defenders on them. Similarly, while Dinwiddie has been shooting the ball at a similar rate to his regular season stats, he has done a bad job at distributing the ball and maintaining the offense rolling with only four assists over three games. If this team wants to play another game at Barclays Center this season they must adjust and play hard like they have done all season.