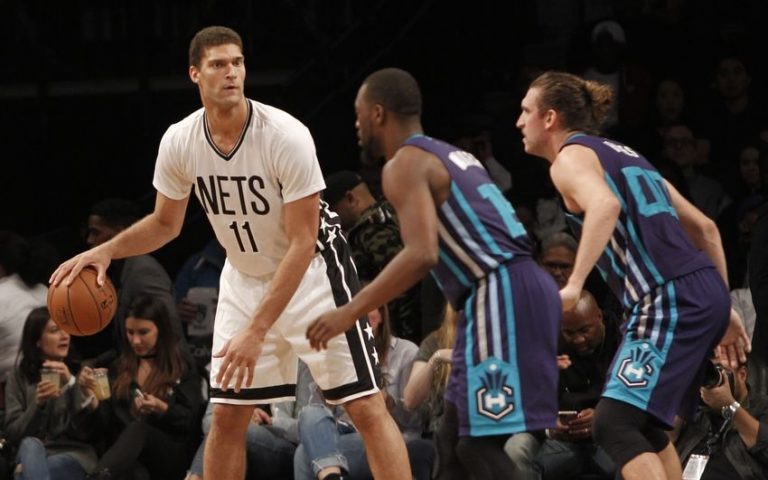 The Brooklyn Nets are currently riding a nine game losing streak down to Charlotte, NC to take on the also struggling Charlotte Hornets. The Hornets have not won since the January 21st matchup against Brooklyn while Brooklyn’s first loss of this losing streak came in that game against Charlotte.

Not only are the Nets on a nine game losing streak, they have lost 20 of their past 21 games. To make matters even worse, Brooklyn has only won two games on the road this season.

Luckily for Brooklyn, they come across the Hornets at a time they are struggling and missing some key components. Cody Zeller and Ramon Sessions are both listed on the injury report. Zeller is the starting center and Sessions is Kemba Walker‘s backup point guard. If they are to both sit, Brooklyn’s chances go straight up.

Zeller’s replacement, Frank Kaminsky, is a solid young player, though. Kaminsky has the fundamentals to play down low but also has a lethal jump shot from range. He and Brook Lopez will likely try and battle it out from the arc rather than the paint.

Caris LeVert should return to action against Charlotte as he sat out Sunday’s loss against the Toronto Raptors for rest purposes. It is clear Brooklyn is taking it easy and cautious with their young guys, especially LeVert whom is coming off of multiple surgeries in the past year.

Quincy Acy, the newest member of the Nets team, fell victim to the injury bug that wont stop pestering Brooklyn. Acy went down in the second quarter Sunday and it seems unlikely he will suit up for this contest.

Brooklyn, overall, has a solid chance of winning this game. Brooklyn has won one of the three meetings this season and the two losses came by a combined 11 points. If Brooklyn can actually play a full 48 minutes rather than a full 40, they can come away with their third road win of the season and the first in the month of February.