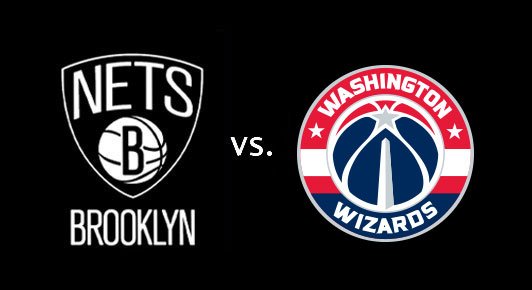 The Brooklyn Nets have now lost ten games in a row when they lost to the also struggling Charlotte Hornets Tuesday night. Now, for the second half of their back-to-back, Brooklyn returns home to New York to take on the Washington Wizards.

The Wizards started off really slow this season but have turned it up a couple of notches of late. They now lead the Southeast Division with a 30-21 record over the Atlanta Hawks. They are coming off of a close loss to the defending champion Cavaliers, but they had won seven in a row and 18 of their past 23. Needless to say, they are on a tear.

If the Nets are to hand the Wizards their second straight loss, something they haven’t experienced since January 3rd, they will need to stop John Wall. Wall has led this Wizards team back from a slow start to the top of their division with his leadership, scoring, and passing ability. He has started to really show the NBA that he truly is one of the league’s best point guards.

John Wall does not work alone, though. Otto Porter and Bradley Beal are both great players and compliments to John Wall. Beal, in the overtime loss against the Cavs, scored an impressive 41 points on 28 shots. No one on the team is afraid to shoot the ball nor should they be as they all have great abilities to make shots.

Caris LeVert has soreness Tuesday night so he sat out the game and there is no word as of yet if the rookie will suit up for action. Brooklyn could use his change of pace and skill-set in this game to produce offense when the team struggles. The Nets could have used his offense, and defense for that matter, in the first half of the Hornets game where they scored under 40 points.

There is always a chance Brooklyn can sneak away with a win, especially since it is in Brooklyn, but, with the way they have been playing, it seems unlikely they will be able to pull it off. These Wizards are really hot and are looking to get back on track after a tough loss against the Cavs.