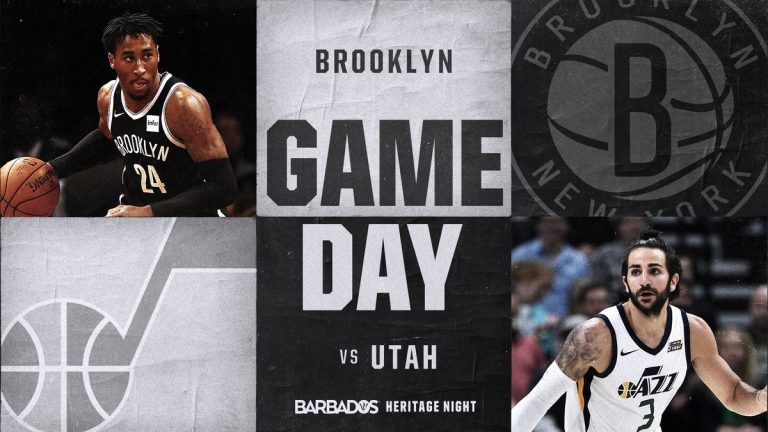 The Brooklyn Nets and Utah Jazz last met six days ago. Despite a valiant comeback attempt, Brooklyn fell 114-106 after falling apart in the second quarter. As usual, the Nets were plagued by the same problems that are present in every game — the complete inability to defend, specifically in the pick-and-roll.

Derrick Favors had a monster performance, compiling 24 points on 9-of-15 shooting and 12 rebounds. He dismantled the Nets as the role man. Additionally, the Jazz, who are not an offensive juggernaut, connected on 37.9 percent of their threes while holding Brooklyn to 30.4 percent from the same spot. If there is any silver lining, it was the Nets’ aggressiveness.

The Nets forced themselves to the foul line a staggering 39 times, with 12 of them coming from Rondae Hollis-Jefferson. Without Rudy Gobert, attacking the rim is less daunting, and the Nets took full advantage of that. By the end of the campaign, the Jazz had gotten whistled for 29 personals, and I expect that same level of intensity to be present in this meeting.

Another impressive part of the box score was the lack of Brooklyn turnovers. The Nets play their best when they are secure with the basketball. Given that their defense is already horrid, they cannot afford to give up easy points. That is going to be a focus tonight. If the Boston Celtics’ defense can only force them into 14, there should be confidence. Moreover, Spencer Dinwiddie will be operating as the point guard, and smart decision-making is what he has built his brand on.

The final ingredient in Brooklyn walking away with a win is tempo. If the game is fast, that favors the Nets. A turtle race does not do anything for them. Utah does not like to run, and it is discombobulating for them when they do. The Nets love to push the pace, and they are the kind of team that does not mind jacking up a lot of shots even if the efficiency is low.