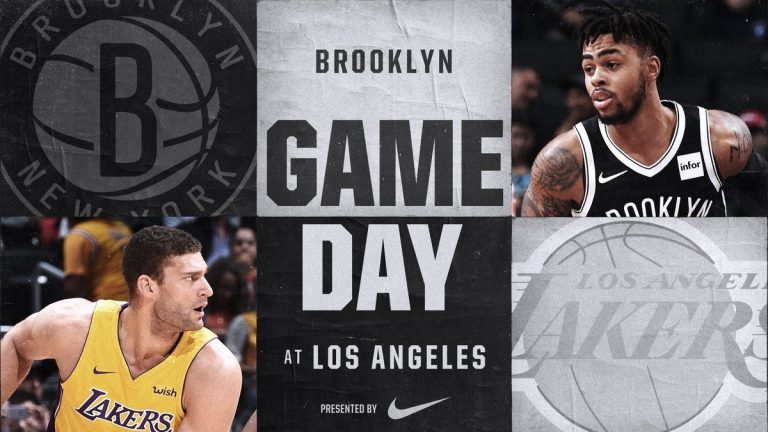 The Brooklyn Nets travel to Los Angeles and kick off a five-game Western Conference road trip. After a crushing loss to the Phoenix Suns on Halloween, the Nets got two days off before the start of their pilgrimage, and the Lakers, who are first up on the list, are on the second-half of a back-to-back. On Thursday, they got downed after Damian Lillard connected on a go-ahead three with just 0.7 seconds left.

That loss dropped Luke Walton‘s squad to 3-5, the same record as Brooklyn. The most prominent question surrounding this game is if the Nets can get back on track after completely derailing off their hot start. Their defense has been nonexistent over the last couple of contests, and Brooklyn’s allowing 117.7 points per game during its three-game skid. Only the Cleveland Cavaliers are worse (120.3).

Contrarily, the Lakers’ offense has stagnated over that same span. Their scoring average of 101.3 is 22nd-worst in the league, and Brooklyn is far better equipped to do battle in a shootout.

D’Angelo Russell, Rondae Hollis-Jefferson and Spencer Dinwiddie will have to burden much of the offense since they are the hottest hands. Additionally, Allen Crabbe will have to see more involvement, but, more importantly, he will need to convert on the opportunities.

I would be remiss not to address the elephants in the room. For Russell and Brook Lopez, this is the first time they are facing their former teams. Lopez’s departure from Brooklyn was cordial and the polar opposite of Russell’s, who the Lakers alienated after his incident with Nick Young. In his new home, Russell’s been playing exceptional basketball, and I expect him to ratchet it up just a bit more when doing battle with Lonzo Ball, the guy whom Magic Johnson fell in love.

This game is a winnable one for Brooklyn. With that said, I am not going to pick a winner because it is clear I am bad luck. After predicting the Nets to knock off both the Suns and the Knicks, they lost. Therefore, my pick will remain confidential for the sake of everyone else.