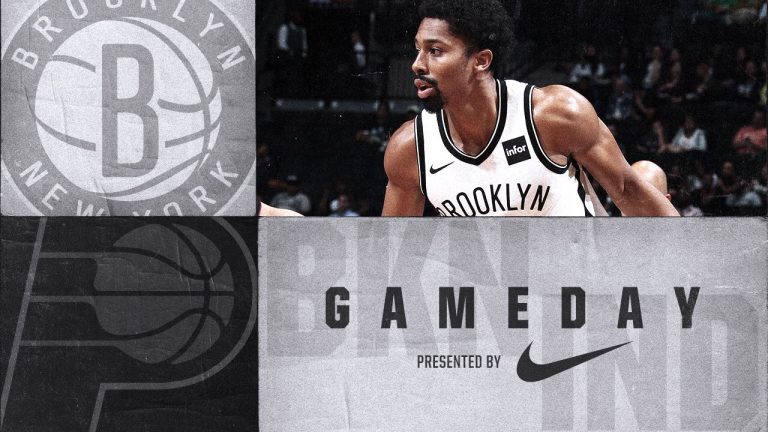 Though the Brooklyn Nets will be facing the Indiana Pacers on the second half of a back-to-back, they must be feeling pretty darn good. The Nets are coming off a 35-point win over the Washington Wizards, finally putting an end to their four-game losing streak. In authoritative fashion, no doubt.

Indiana holds the advantage in this season series, having won the two prior meetings. The two teams first faced off in the Nets’ season opener… back when most of the guys were healthy, essentially. D’Angelo Russell led the way for Brooklyn with 30 points and five assists in a tight 140-131 loss.

The last meeting between the two teams took place during Brooklyn’s most recent losing streak. Indiana came out on top 109-97 just a little less than a week ago, on December 17. Though the Nets had multiple players finish in double digits, no player was really the sole highlight — Allen Crabbe was the highest scorer for Brooklyn with 17 points, and Spencer Dinwiddie finished with five points and nine assists.

The Nets have yet to emerge victorious in both contests of a back-to-back set, though their season has certainly dictated that they fare better in the first game of a back-to-back. Wait and see if they have learned the Pacers inside and out yet from the two previous losses.

Also, this matchup is the final contest for the Nets before Christmas, so Happy Holidays to everyone!

One major concern with the Nets during their recent four-game losing streak was the lack of energy they played with. They appeared to have lost their edge during that stretch, which was out of character for a team that generally hustled on a nightly basis.

Energy was not a problem for the team on Friday night, as Brooklyn played with a clear sense of urgency from the very beginning. At one point, the Nets went up by 40 points, and they had control of the game in all 48 minutes. The Wizards never led, and after the first quarter, it was essentially the point of no return for Washington. Brooklyn will need to play with that kind of determination against a team they have already been bested by twice.

Watch For Those Boards

The Nets were heavily out-rebounded, 43-29, by the Pacers in the two teams’ last meeting. The unsurprising bigs in Domantas Sabonis and Myles Turner finished with eight and six boards respectively, but the high rebounding totals even extended to guards Victor Oladipo (seven) and Cory Joseph (six). Meanwhile, the usual suspects in Rondae Hollis-Jefferson and DeMarre Carroll had six and four boards respectively, and Jarrett Allen also contributed five.

A major reason for this immense difference in rebounding totals between the two teams is a face the Nets lost earlier this month: Trevor Booker. Contrasting the December 17 meeting, the Pacers only slightly out-rebounded the Nets in Brooklyn’s season opener, 47-43. In that contest, Trevor Booker led the way for the Nets with 10 boards. So yeah, he was incredibly important in that category.

Against Washington, the Nets had a remarkable 60-35 advantage in rebounds. Considering it was a blowout win, that was probably to be expected, but aside from the usual suspects, Brooklyn had major contributions from Tyler Zeller (nine), Allen Crabbe (eight), Quincy Acy (seven), Jarrett Allen (six), Caris LeVert (six) and Joe Harris (four). While Indiana will inevitably be a much more difficult opponent with more menacing bigs, the Nets will need similar contributions from the entire team to make up for their overall rebounding deficiencies.

Rondae Hollis-Jefferson has been fairly impressive all season, and that was certainly the case against the Wizards. He finished with a stat-line of 21 points, 11 rebounds and six assists (in just 24 minutes!), becoming the first player since Grant Hill in the 1995-96 season to register at least 20 points, 10 rebounds and six assists in 24 or fewer minutes played. Behind the sidelined Jeremy Lin and D’Angelo Russell, “The Hyphen” is actually the Nets’ leading scorer with 14.7 points per game — only further exemplifying a new-and-improved Hollis-Jefferson’s importance to this team.

Also, something seriously got into Spencer Dinwiddie in the third quarter on Friday. “The Mayor” scored 11 points in less than two minutes, knocking down three triples and a two-pointer. To put that into perspective, he finished with just four more points (15) in 22 total minutes.

Yeah, watch out for those fellas because they were absolutely ridiculous (in a good way) in the first half of this back-to-back.