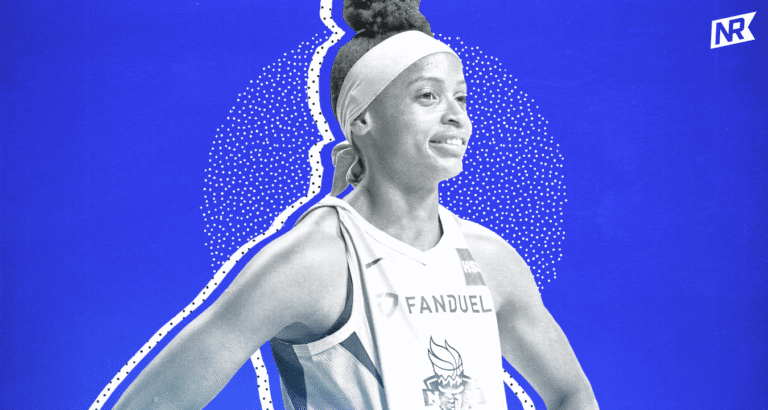 Happy Birthday, Leaonna Odom! How the Second Rounder Made a Big Impact in Her Rookie Year

It’s not often that second-round picks are able to leave an immediate impression in the WNBA, but Leaonna Odom proved to be a welcome exception.

The WNBA’s relatively cramped settings often don’t allow for those beyond its drafts’ opening dozen picks to make a true impact, at least not immediately, but that wasn’t true in 2021 for Leaonna Odom.

Chosen 15th overall by a New York Liberty squad forced to call upon the services of seemingly countless rookies, Leaonna Odom was a welcome nominee to buck that trend. The player affectionately referred to as “Neah,” who turns 23 on Friday, was one of three Liberty players to partake in all 22 games in the Bradenton bubble, starting all but six of those contests. In that time, she tallied 5.5 points and 2.3 rebounds per game. Reviewing Odom’s rookie season, teammate Layshia Clarendon labeled her “fearless” while head coach Walt Hopkins declared “she’s phenomenal at getting in the paint… you can be 10 feet from her and she can still beat you.”

In honor of Odom’s birthday, NR looks back on how she was able to make an impact in a most unusual debut season.

It’s tough enough when, as a second-round pick, you’re called upon to regularly partake in starting five action in your debut season alongside several fellow first-years en route to a season that was probably never destined to end in the postseason. But some of Odom’s defensive assignments in her rookie season—ranging from Diana Taurasi and Allie Quigley to Angel McCoughtry and DeWanna Bonner—were downright horrifying for an on-court draftee.

Amongst rookies that played at least 16 games, Odom ranked seventh in defensive win shares (0.081) and proved to a thorn in the side of several stars of the game. Taurasi, for example, was forced to shoot mostly from the outside in the two meetings with Phoenix, limited to 6-of-20 shooting in the pair. Bonner, meanwhile, relied mostly on the foul line thanks to Odom’s efforts, earning 41 points on 41 field goal attempts.

Hopkins has indicated that the plan going forward is for Leaonna Odom to cover opponents’ sharpshooters.

“Neah is the one on anyone we want to try to slow down,” Hopkins said last summer. “The best hope against the really good players is try to limit the good looks.”

The Best for Last, and Yet to Come

Odom saved the best for last in capping off her rookie season with a career-best 20-point showing on 10-of-12 shooting against the Dallas Wings.

The season finale was a microcosm of Odom’s rookie years as a whole. With a near-perfect shooting night, she sealed the title of the Liberty’s most accurate 2020 shooter (.490) and forced Arike Ogunbowale into a 1-of-9 performance from three-point range. Hopkins would label the effort “a phenomenal job” and one of the reasons why he was “over the moon” about the progress of the 2020 rookie class.

As the Liberty are set to celebrate their 25th anniversary, it may take a while for Leaonna Odom to climb the illustrious statistical lists in the franchise ledger, though she managed to make a decent dent in some of the rookie marks. With her strong shooting performance in the aforementioned finale, Odom became the first freshman New York representative to shoot at least 80 percent from the field when attempting at least 10 shots and the field goal percentage was sixth-best amongst first-years in team history (besting names like Kym Hampton, Teresa Weatherspoon, and Asia Durr).

Not bad for a No. 15 pick, one who, if Hopkins has his way, is going to be a major contributor for this franchise for years to come.