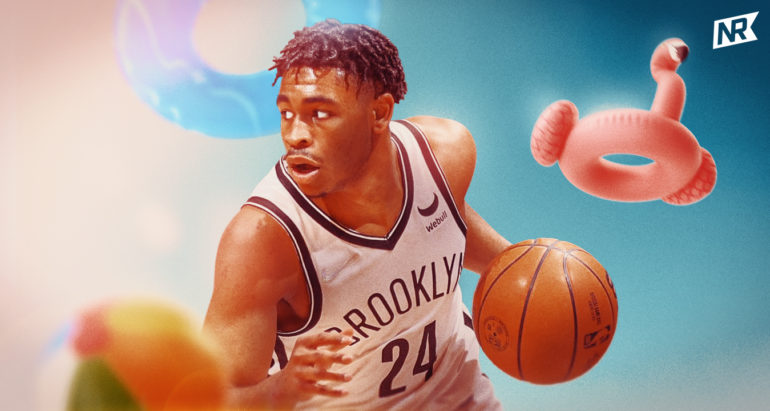 The 2021–22 NBA season is over but there is more basketball to be played. Even with the drama and turmoil that is currently happening between ownership, front office, and superstars Kevin Durant and Kyrie Irving, the Brooklyn Nets announced the roster they will be sending to Las Vegas for the Summer League.

The roster that will represent Brooklyn from July 7-17 has a healthy mix of last year’s rookie class with the undrafted free agent (UDFA) class of this year. While some players have a guaranteed roster spot, many will be fighting to be part of the team next season. Let’s take a look at what to expect from this group of players

Last year’s draft class makes a return as we will see Cam Thomas, Day’Ron Sharpe, Kessler Edwards, Raiquan Gray, and David Duke Jr. again. The only absence will be Marcus Zegarowski, who was waived by the Long Island Nets in March. The young guns will see much more needed playing time in Vegas, as they typically rode the bench or were in the G-league last season.

Cam Thomas quickly became a fan favorite with his style of play. Though he was tunnel visioned at times, the shot-creating and shot-making ability for a player his age was impressive. Even though Nets fans know how much of a bucket Thomas is, a key development that the team needs to see from him is facilitating. Cam has shown some potential to run an offense and pass to get the ball moving, that is still something that limit’s Thomas’ game. Regardless, it would be fun to see Thomas be a back-to-back Summer League MVP.

Day’Ron Sharpe has shown potential both as a roll-man and rebounder. In the G-League, he showed that he can be a double-double machine. Another potential development would be his shooting. Sharpe has been working on his three-point shooting, and unlocking that would improve his game for himself and the Nets immensely. He has shown promise defensively as well as a rim protector. Sharpe needs to prove he can play defense without getting into quick foul trouble. Once, he shows that, the possibilities for him as a player are endless.

Kessler Edwards showed the potential to become the 3-and-D wing Brooklyn needs. Edwards played well enough to earn a guaranteed contract after his two-way to be playoff eligible. Edwards usage was minimal in the playoffs but there is hope for his future. Although his free agency is a bit of a question mark, as the Nets rescinded his qualifying offer, there is not much to worry. The assumption is that this is for cap flexibility for a possible Kevin Durant trade. Heading into Summer League, the Nets should hope Edwards continues to develop his shot to be more consistent. His potential as a vital wing in a wings league will be important for Brooklyn.

Raiquan Gray spent the year with the Long Island Nets. In his time he averaged 6.3 points, 6.6 rebounds, and 3.3 assists per game. Though his production may not seem like much, Gray has potential to make the Nets roster. Whether it is on a guaranteed contract or a two-way, Gray’s size can be valuable. The 6’7″ Forward can play bully ball and dominate the paint. However, Gray must improve his three-point shooting and show it at Summer League if he wants to get promoted from Long Island.

David Duke Jr. spent last season on a two-way contract. However, DDJ is a restricted free agent after his qualifying offer was tendered by Brooklyn. It has been reported that the Nets want to retain DDJ on the team but in what capacity is unknown. Duke Jr. will have the opportunity to have a big role on the Summer League team and compete for a roster spot. After showing flashes of a brilliant slashing guard and defender, both for Brooklyn and Long Island, Duke Jr. will hopefully build upon those skills in Vegas. One area of improvement, however, will be his shot. Duke Jr. shot 24.3 percent from three point territory. If Duke. Jr wants to be on the Nets roster in 2022–23, those shots need to start falling.

Alondes Williams is the lone UDFA that was signed to a two-way contract. Williams is a big guard out of Wake Forest who was the ACC player of the year and honorable mention All-American. The 6’5″ and 205 pound guard put up 18.5 points, 6.4 rebounds, and 5.2 assists in his lone season as a Demon Deacon. Williams is a solid finisher on offense, and solid defender. What stands him apart is his vision.

However, Williams is a poor shooter from three. A career 27 percent three-point shooter, Williams will need to develop this skill if he wants to make a career in the NBA.

Brooklyn also signed another 3-and-D guard in undrafted free agency. Donovan Williams, who hails from the University of Nevada, Las Vegas and was Mountain West  Conference Sixth Man of the Year, will return to Vegas to prove his worth for the Nets. Williams was the second leading scorer for the Rebels with 12.7 points per game. He can provide lots of length and athleticism for Brooklyn. However, what’s going to be intriguing is if Williams can continue his solid shooting from range. In his lone season at UNLV, Williams shot 43.6 percent from three point range.

Continuing with the trend of bigger, lengthier guards, the Nets signed Harvard guard Noah Kirkwood. Standing at 6’7″ and 215 pounds, the Crimson averaged 17.7 ppg, 5.7 rbg, and 3 apg in 2021–22. Kirkwood was an All-Ivy League first team player as well. He is also a solid shooter, with a career 37 percent shooting percentage from three. What’s more intriguing about Kirkwood is his defense, as he nearly averaged two steals per game last season, and averaged 1.8 steals per game in his career at Harvard.

The last guard in the UDFA class would be Taze Moore out of the University of Houston. For a Brooklyn team that needs more athleticism, Moore brings exactly that. He can score in acrobatic ways and uses his speed and length to achieve that. Moore averaged 10.4 points, 4.9 rebounds, and 2.9 assists, shooting 44 percent from the field, and 31.9 percent from three.

The last of the UDFA class, and only non-guard, center Brison Gresham out of Texas Southern. Gresham is a 6’9″ athletic rim protector and rebounder, skills that the Nets need. He is also an excellent finisher at the rim, whether it is rim-running on the pick and roll or cleaning the glass off misses. Should Gresham show his potential to provide Brooklyn with what they need in rebounding and blocking on defense, he can compete for a two-way contract or a season with Long Island.

The Rest of the Roster

The only players that were not from either the 2021 or 2022 Nets Draft, or UDFA class are Kaiser Gates and Yves Pons.

Kaiser Gates is a familiar name for Nets fans, as he played for the Long Island Nets in 2020-21, as well as the Brooklyn Nets 2021 Summer League team. A 6’7″ forward Gates averaged 9 points and 5.7 rebounds in 12 games for Long Island. In the 2021-22 season, Gates played for Hapoel Jerusalem of the Israeli Basketball Premier League. He played 13 games and averaged 3.8 points and 3 rebounds for Hapoel in 20 minutes per game. Gates only shot 23 percent from deep, though he has shot in the mid 30s percentage in his college and G-League days. A solid athlete, this Summer League stint may be a “last chance at the NBA” opportunity for Gates. If he can’t impress at Summer League, it might mean an international career instead of one in the NBA.

Yves Pons played on a two-way contract with the Memphis Grizzlies in 2021-22. Pons is a 6’6″ forward, he has the potential to also be a 3-and-D wing, a position of need for the Nets. In his time with the Memphis Hustle, the Grizzlies G-League affiliate, he averaged 9.4 points and 5 rebounds, while shooting 38.7 percent from three. On defense, Pons did protect the rim well with 1 block per game. It should be noted that Pons was an Southeastern Conference Defensive Player of the Year when he played for Tennessee.

Las Vegas Summer League is a great opportunity for Brooklyn to see development and potential in one spot. With a roster in-flux and limited future assets, these young players are in prime position to compete for roster spots.

Though several spots are guaranteed already, Summer League can be used as a way for players to earn other contracts or G-League roster spots, even if it is not with Brooklyn or Long Island.

Brooklyn will play five games while they are in Las Vegas. They will first play the Milwaukee Bucks, then Philadelphia 76ers, then the Memphis Grizzlies, then Minnesota Timberwolves. The complete schedule can be seen here:

Brooklyn’s fifth game will be determined by their standing in the league. If the Nets are one of the two best teams at Summer League, they will play for the Summer League Championship. If not, the Nets will still play a consolation game. Summer hoops should be fun in sunny and scorching Las Vegas. 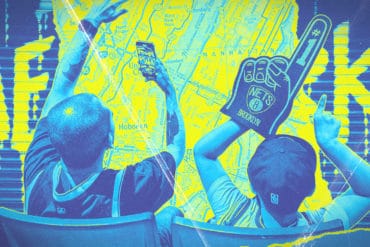 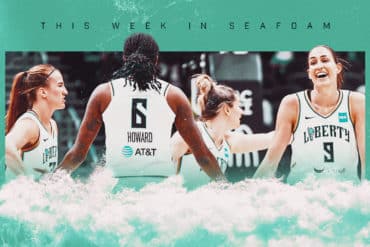