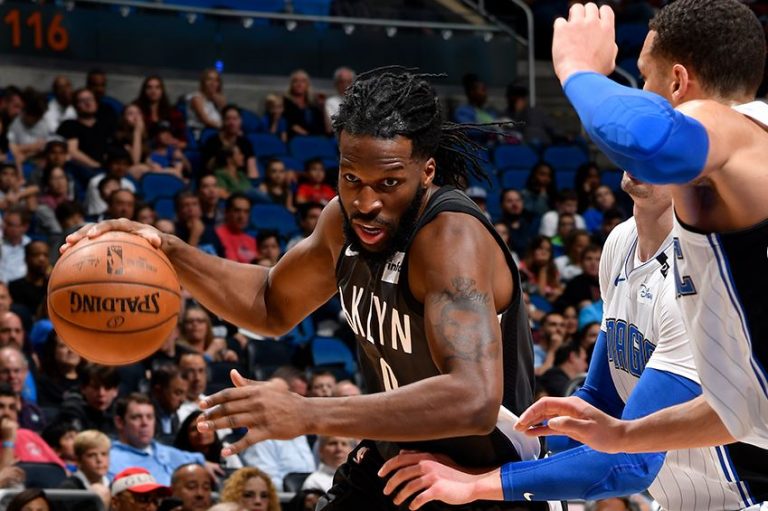 As the Brooklyn Nets near the finish of the 2017-18 season every game out is another opportunity to assess the talent and build upon win totals.

No, the Nets won’t be headed to the playoffs nor the will they benefit from their draft pick. so they find themselves in a unique position of leaving everything on the court. And, hey if the Nets can make the draft pick less tantalizing for inter conference rivals the Cleveland Cavaliers, so much the better.

Conversely, Wednesday night the Brooklyn Nets opponent is in a very different situation. Orlando are in all out tank mode attempting to lose as many games as possible. But, therein lies the dynamic of what the franchise wants versus what players want. As logical as it may seem to want to lose to garner a better draft prospect each of the players still have the competitive drive to win.

Hanging on during clutch time:

In the end it was the Nets who wanted it more and pulled off their 24th victory of the season. After entering the final frame with the lead versus the Hornets, Raptors and Cavaliers only to witness the opponent steal the win the Nets were anxious to flip the script. This time they accomplished their goal to close for the victory.

Although some can point to the competition being the reason, this win is no less relevant. Following those three recent losses Brooklyn Nets players cited learning how to make the plays down the stretch to retain the lead. This is an important victory which Kenny Atkinson can point to the next time Brooklyn need reminding of what it took to close.

“Tonight was a good display of what we should be doing to finish games,” – Jarrett Allen

Brooklyn Nets finding their groove as season draws to close:

Several Nets players factored in the victory with D’Angelo Russell and Caris LeVert each contributing in scoring (16 points). In fact, each of the starters scored in double digits with LeVert and Joe Harris also reaching that milestone. Without much size upfront DeMarre Carroll was spectacular on the boards pulling down 12.

Joe Harris is a revelation of late consistently bringing energy and scoring off the bench and making a case for his retention this offseason. Unfortunately, his new contract will demand a much higher salary than his current $1.5 million per year.  Harris suits this Nets group and style Atkinson wants to play. Furthermore, his uptick in three point efficiency is key for a squad who desires to run a quick pace and get up multiple perimeter shots.

Holding a comfortable lead over the Magic, Nikola Vucevic inspired a 14-4 spurt which drew Orlando within four points to close the third quarter.

Brooklyn responded by going on their own run of 17-4 with several Nets pitching in. Harris and LeVert were key to this run, but Dante Cunningham‘s massive dunk was perhaps the motivation which inspired his teammates to retain the lead.

Key during this period was the Nets defense which held Orlando scoreless for over six minutes. Mario Hezonja finally got the Magic on the board at 5:55 of the fourth bringing the score to 102-85 for Brooklyn.

Speaking of Hezonja, it’s nice to finally see him getting some run. It seemed since his rookie season he was chained to the bench, but Frank Vogel has finally unleashed him and he’s responding with the minutes. Although Vucevic led the Magic (24 points/15 rebounds) in scoring, Hezonja was a close second with 23 points.

Top Performances from the Game:

Next up for the Nets they travel to Miami to play the Heat on Saturday.

To view the box score in it’s entirety click here.