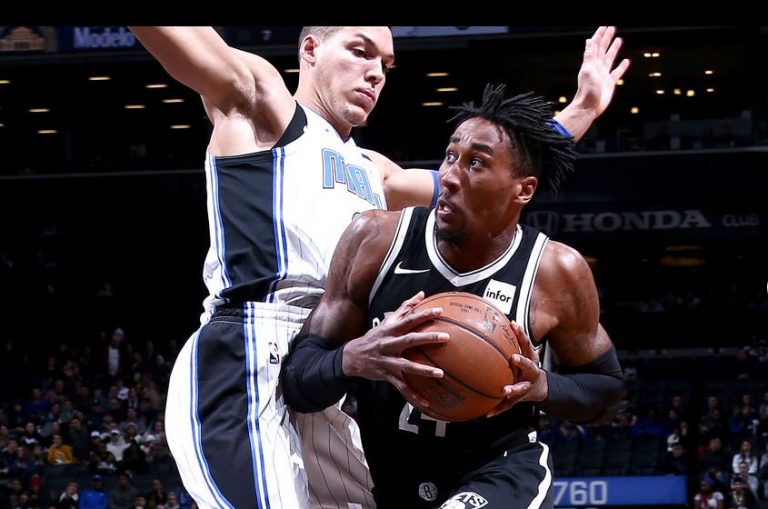 Including Wednesday night’s contest against the Orlando Magic, the Brooklyn Nets have eight games remaining on the schedule. Throughout the season, this team has played terrific basketball but also atrocious basketball. It’s the growing pains that come with a young team. One of our authors will have a review once the season comes to an end, but Brooklyn has certainly improved compared to last season and still has a few weeks to work out some kinks and build confidence that follows them into next season.

This meeting with Orlando is the fourth and final time these teams will match up. The Nets have won two of the first three games. Brooklyn, however, is riding a three-game losing streak and have won just three of their last 10 games. It’s been a struggle, mainly because one aspect of the game has hurt them more than anything else.

Learn How To Play In The Fourth Quarter

The Brooklyn Nets’ last three games have resulted in a combined margin of defeat of just 17 points. Cleveland beat them by seven, Toronto by four and Charlotte by six. There’s one common thread — Brooklyn got smashed in the fourth quarter.

It started on Mar. 21 against the Hornets. The Nets had built a comfortable lead through three quarters, but it all unraveled over the final 12 minutes. Charlotte poured in 36 fourth quarter points and held Brooklyn to 18, allowing them to complete the comeback and secure the victory. The game versus the Raptors went the same way. In the final frame, Brooklyn got outscored 32-21 and lost all of the momentum they created through the first 36 minutes. Cleveland accomplished the same feat. The frustrating part is that all three were winnable games; if the Nets held their ground, they’re on a five-game winning streak because they beat Dallas and Memphis in the two games prior.

There is a myriad of factors that play into the Brooklyn Nets’ regression, and the most notable is ball movement. Brooklyn’s offense has been uncontainable in the first quarter, and they’re averaging 32.0 points while shooting 52.2 percent from the field over their last three games. Yes, they’re making shots, but the ball is skipping around, and guys are making the right decisions. The Nets put up 7.0 assists in the opening frame while committing just 2.7 turnovers. Teams that play smart are tough to beat. Unfortunately, this same team is young and is still learning how to execute in close games. It doesn’t matter how many veterans the organization has signed, that scenario is foreign to a lot of players. That leads to a substantial dropoff.

Brooklyn scoring falls to 21.3 for the fourth quarter, and they’re not able to throw the ball in the East River. They boast a piddling field goal clip of 34.4 percent, and it’s not much better from three at 36.4 percent. Ball movement is the root because it’s easier for teams to defend guys who are stagnant, and that’s multiplied when you lack someone who can create off the dribble consistently. The Nets have totaled just 13 assists in their last three fourth quarters, and they have 10 turnovers to boot. It’s no wonder they’re a minus-38.

If there’s a silver lining, it’s that the Brooklyn Nets can compete with anybody. Blowing a lead in the fourth quarter is tough, but it’s better than getting blown out and not even having a chance to compete. The Nets’ remaining schedule isn’t that difficult (four games are against teams with losing records) and should produce some gritty contests, allowing the players and coaching staff to test some things out.

History: Orlando has won just one of the first three meetings this season, but they lead Brooklyn 62-47 all-time.

Odds: Brooklyn, despite their losing streak, is a 1.5-point favorite with an over/under of 216.5.