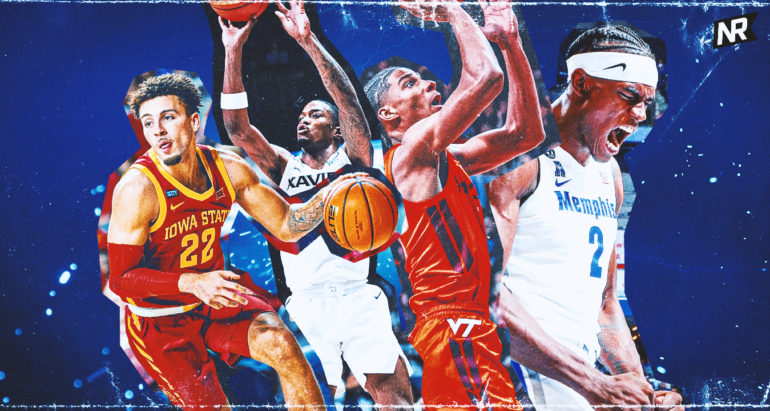 Here’s an NIT you actually want to make.

Men’s college basketball will return to Brooklyn on Wednesday night, as the four-game NIT Season Tip-Off will return to Barclays Center after a one-year hiatus. Despite the NIT’s reputation as a tournament of also-rans come March, the fall edition has been a Thanksgiving tradition since 1985. Oklahoma State is the most recent winner of the event from 2019, besting Mississippi, Penn State, and Syracuse.

The once-proud Cyclones program is in the midst of a rebuild, having ousted former Murray State hero Steve Prohm after last year’s disastrous campaign. Now under the watch of Otzelberger (a former Ames assistant under Prohm, Greg McDermott, and Fred Hoiberg), ISU is currently relying on a pair of Big Ten transfers to lead them back to glory.

Leading scorer Izaiah Brockington (13.5 per game) returns to Barclays after partaking in the 2019 Preseason NIT with Penn State and is currently second in the Big 12 with an 8.3 rebounding average. Former Minnesota Gopher Gabe Kalscheur is likewise tallying double figures in scoring at 11 per game. The Cyclones will now get a chance to see how their rebuild stacks up against elite competition after handling mostly mid-majors at home, though they did top Oregon State on Nov. 12 through a Brockington double-double.

Things are finally coming together for Hardaway’s Tigers, the most recent winners of the spring NIT. Memphis enters as the ninth-ranked team in the AP poll and is looking to keep the momentum flowing with December non-conference matchups against Alabama and Tennessee looming.

Though the Tigers have yet to visit the NCAA Tournament under Hardaway, it’s clear that players are buying into what he’s building. Memphis has won at least 20 games in each of his first three seasons (their first such streak since a 14-year tally under John Calipari and Josh Pastner ended in 2015) and his vision lured in top recruits Emoni Bates and Jalen Duren. Each has lived up to the hype thus far, as Duren is averaging a double-double (15 points, 10.8 rebounds) and the pair shared the team lead in scoring with 22 points each in a Friday win over Western Kentucky.

The Hokies have appeared in each of the last four NCAA Tournaments, a program record. Some felt they were poised to make a big splash in ACC play before Tyrece Radford reunited with Buzz Williams at Texas A&M. Radford wasn’t the only transfer portal casualty, as outside threat Jalen Cone is now the top scorer at Northern Arizona.

Nonetheless, there’s a well-experienced, balanced group for Young to work with, as the Hokies have taken advantage of an easy non-conference slate. Four players are averaging double-figures in scoring (paced by 12.4 from senior forward Keve Aluma, who followed Young to Blacksburg after their triumphant shared endeavors at Wofford) and they’re allowing only 48 points over their first five games. There’s a big chance for VT to make an early statement against Memphis during Wednesday’s late action.

Some doubted the Musketeers after a sour ending to last season (losing to lowly Butler on day one of the Big East Tournament) and injury to the conference’s Co-Most Improved Player Zach Freemantle, whose October foot surgery has him out “indefinitely”. A narrow opening night win over Niagara did little to soothe those concerns.

But Xavier made a big statement in last week’s Gavitt Tipoff Games showing, leaping into the last spot in the AP Top 25 with an upset win over No. 19 Ohio State. The Musketeers are thus the only Brooklyn competitor to score a win against ranked competition entering this week’s event. Fifth-year senior Paul Scruggs has taken on a large leadership role while former Iowa Hawkeye Jack Nunge has helped man the interior in Freemantle’s absence. Memphis will likely be viewed as Brooklyn’s favorites, but Xavier, frequent visitors to the deeper rounds of the Big East Tournament in Manhattan, can make a big statement across town with a good showing in the NIT.