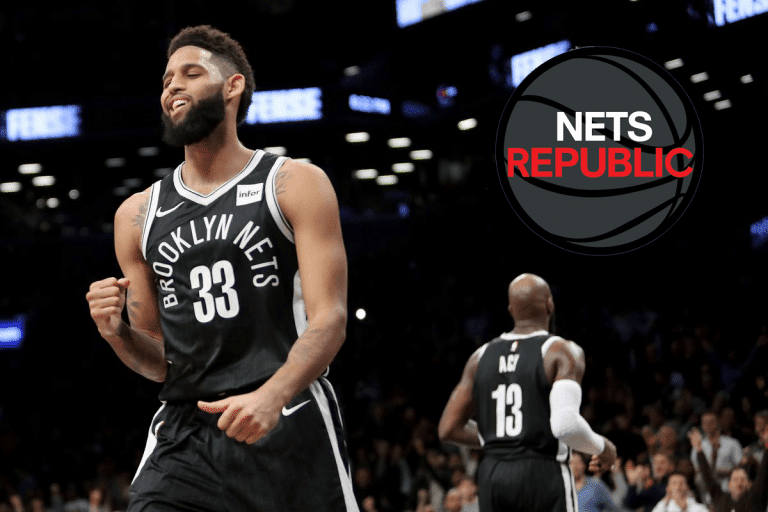 Video Breakdown: Allen Crabbe Is A Hand In Glove Fit For Brooklyn’s Offense

For this week’s video breakdown I decided to take a look at Allen Crabbe and how he unlocks Brooklyn’s offense.

Crabbe is someone that gets a lot of unjustified hate due to his contract. People want him to be more than he is, but he is perfectly fine the way he is. Last season Allen Crabbe shattered Brooklyn’s single season three-point made record previously held by Deron Williams. Not only did he do that, but he also averaged career-highs in games started, minutes played, and points per game. Crabbe didn’t shoot as well from deep as he did in his final season in Portland, but injuries to teammates and learning a new system contributed to that.

What Allen Crabbe does best is spot up behind the three-point line. That shot type accounts for over 30 percent of his total offensive output and he ranks in the 93rd percentile compared to the rest of the league. He shot over 46 percent from the floor with an adjusted field goal percentage of 64 percent. This bodes very well for Brooklyn because spot-up shooting is the number one shot they take.

Allen Crabbe played a big role turning this around. Not only did he add to a lineup that desperately needed three-point shooting, but his presence helped those around him. With teams having to focus on Crabbe, it allowed Joe Harris and others to get more open looks.

This season is going to be crucial for Crabbe and the Nets.