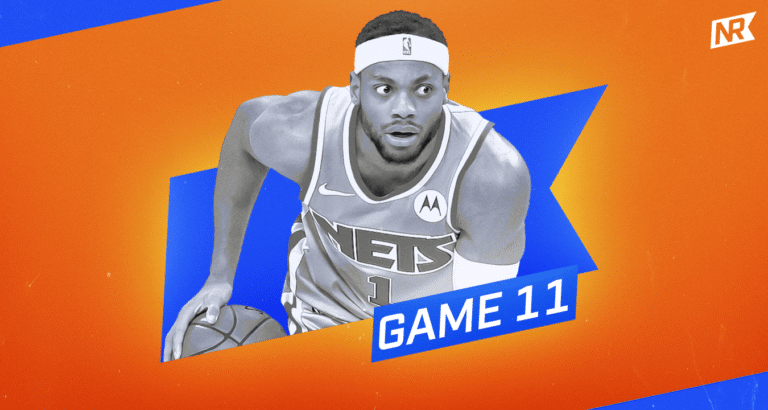 The Brooklyn Nets, in their retro jerseys, no less, lost to the Thunder in what can only be described as a lackluster effort on Sunday. Here are three takeaways from the loss.

The Brooklyn Nets’ depth was clearly lacking on Sunday, as even the return of Kevin Durant —back from COVID-19 protocol that saw him miss the last three games — and his 36 points could not compensate for a lack of secondary scoring.  Missing Kyrie Irving, who is out for personal reasons, only compounded frustration.

Without further adieu, let’s get into the three takeaways

Yes, I know we’re supposed to be the next super team; however, Durant is going to need some assistance on offense if that definition of the team is to come to fruition. More importantly, on days that the Nets’ depth is not holding their own on that end — they’ll need to step up defensively.  Head coach Steve Nash was upset, saying a lack of defensive effort is a “pride” thing. “That’s just… pride, no matter what defense you’re in, you’ve gotta sit down and guard someone. We didn’t guard tonight.”

It was clear that the Nets took little “pride” in their efforts against OKC. The team needs to play every game with respect for their opposition; they’re beating the brakes off contenders but handing away freebies to probable lottery teams.

Anything can happen in any game. The difference could be some rebounds and free throws. The team very well could be active in the buyout market or at the deadline to beef up the tail-end of the rotation if problems persist.

No one Emerges Off the Bench

One of the most interesting watches so far has been the bench rotation. Looking to see who will emerge as a legit contributor on any given night. For a time, that emerging contributor was Timothe Luwawu-Cabarrot. For the most part, he has been played well this season. Recently, it’s been Bruce Brown — who actually has started games but was relegated to five minutes of action on Sunday. Not giving him consistent burn has been a questionable decision by Nash and the coaching staff.

Another Net to watch, for better and for worse, is Landry Shamet. Unfortunately for Shamet and the Nets, he’s yet to find his shooting stroke and doesn’t give you much defensively as an undersized guard. Don’t get me wrong, he is not a bad player … but a reduction in minutes could very well be in order. At this point, you wonder if it makes sense to throw in some more Reggie Perry minutes or give Shamet’s minutes to Brown.

I’d like to say this before we start: I still have confidence in Steve Nash.

It was quite the decision of the team’s management to go with a rookie head coach in this situation but they had to have seen something.  I believe — in the long haul — this issue will sort itself out. Nash has been in the basketball world for a long time and worked within the Golden State Warriors organization, he’s seen winning first hand. However, he’s got to be better and learn from his mistakes. Something tells me that he will.

It is way too early to outright condemn Nash but a lot of early frustrations are there. This should be a very interesting stretch of games coming up. Let’s see if Nash can get his team riled up and respond to a couple of games that, let’s be honest, they should be winning. There always was going to be growing pains, most acknowledged this, but it doesn’t make this any less frustrating.