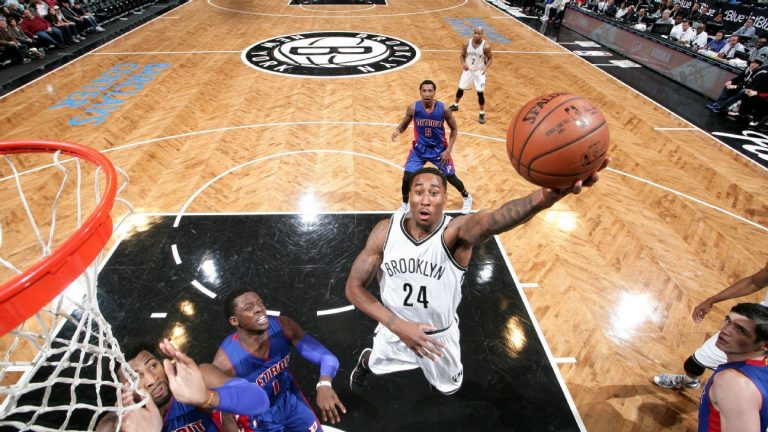 Most Nets fans are probably trying to forget that the first half of the 2015-16 season has ever happened. Billy King was still the general manager, and by that point it became fairly obvious that the franchise didn’t have any coherent plan for the future, settling for treading the waters of mediocrity. One of the few bright spots during that period was the team’s plucky rookie, Rondae Hollis-Jefferson. Somewhere during November, he managed to snag the starting spot by demonstrating an unexpected amount of maturity and poise. Unfortunately, a right ankle fracture caused him to miss most of the following four months, before returning for the final ten games of the season. With the injury now behind him, Hollis-Jefferson is officially one of the most intriguing players on this revamped Brooklyn Nets roster.

Hollis-Jefferson made a name for himself while playing for the Chester High School. In his final three years with Chester, he led the team to a 91-5 record and the first undefeated season in the school’s history. Along the way, he became the only player to be selected Player of the Year in Delaware in multiple seasons. He took part in the 2013 All-Star Boys Game, recording 9 points in 15 minutes. By the time he was eligible for college, he was considered a 5-star recruit and one of the most promising forwards in the class. He decided to join the University of Arizona, mostly due to their excellent basketball program.

During his freshman season, Hollis-Jefferson was mostly utilized as the team’s sixth man, playing behind Aaron Gordon. Once Gordon declared for the 2014 draft, Hollis-Jefferson grabbed the role of the starting small forward. During his sophomore season, he averaged 11.2 PPG, 6.8 RPG and 1.5 APG while shooting 50.2% from the field. With him in the team, the Arizona Wildcats made two consecutive Elite Eight appearances in the NCAA tournament. In the 2015 draft, Hollis-Jefferson was selected 23rd overall by the Portland Trail Blazers. Somewhere during the draft night, he was traded to the Brooklyn Nets in exchange for Mason Plumlee.

At first glance, there’s a lot of Kawhi Leonard in Hollis-Jefferson’s game. He is a terrific athlete, sporting a wonderful combination of size, explosiveness, wingspan and strength. His elite physical tools allow him to guard any wing player in the league. At the same time, his lateral quickness allows him to stick with opposing point guards after the switch. He’s also a high-energy player, constantly hustling for rebounds and steals. He is a good slasher, possessing a quick first step that allows him to get past his defenders and the ability to finish under contact. He’s a beast in transition, always on the lookout for easy baskets.

Hollis-Jefferson’s most obvious weakness is his shooting ability. With him converting only 28.6% of his 3-point shots, most opponents are content to stay a few feet away. His mechanics still look fairly wonky, and he really needs to work on that aspect of his game. Add in the fact he’s not a great ball handler or creator, and you get an offensively limited player. Of course, he’s still just 21 years old. If he can improve his jumper to the point that he can’t be ignored on the perimeter, there’s no limit to his potential.

After a season sidetracked by injury, Hollis-Jefferson will be itching to get back into the NBA rhythm. As it stands right now, he’s a heavy favorite to begin the season as the team’s starting small forward. His case is further improved by the fact that the Nets are horribly short on plus defenders right now. Unless Kenny Atkinson plans on going full run-and-gun, Hollis-Jefferson will likely make the starting five as the team’s lockdown specialist. Provided injuries don’t strike again, he can probably hope for 30+ minutes per game this season.

Even with the injury, Hollis-Jefferson was one of the team’s biggest success stories last season, slowly turning into one of the most valuable pieces on the roster. In a way, his early career will serve as the litmus test for the Nets’ development abilities. If he turns into a consistent player on offense, he could be the team’s small forward of the future. Since he’s already such a defensive stalwart, it won’t take him too much further development to become one of the league’s top players at his position.