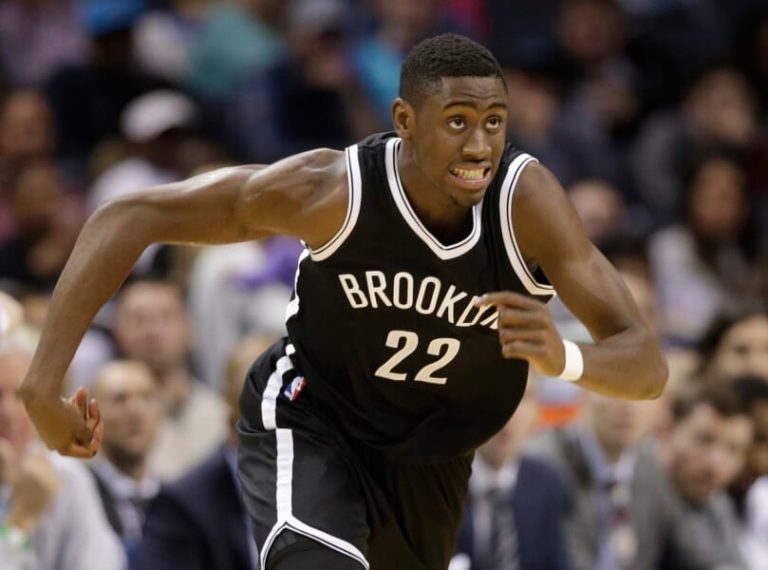 Prior to his junior season in college, it seemed like Caris LeVert had it all going for him. He was one of the most exciting young prospects in the country and a projected high lottery pick. A couple of surgeries later, and his draft stock fell all the way down to the second round. Hence, some NBA analysts might have been surprised when the Indiana Pacers selected him 20th overall in the 2016 draft. The picture became a lot clearer once it was announced he would be getting traded to the Brooklyn Nets in exchange for Thaddeus Young. Seeing as the Nets are a team with an excellent development coach and a huge need of young talent, LeVert will likely be given ample opportunity to thrive.

As a 3-star high school recruit, Caris LeVert decided to join the University of Michigan. His early freshman season with the Michigan Wolverines wasn’t looking particularly promising, as the team’s depth chart was stacked with big names, including Trey Burke, Nik Stauskas and Tim Hardaway Jr. After getting redshirted for the first six games, he was finally given a chance on account of being a solid perimeter defender. He played an important role in Michigan’s road to the NCAA Championship game, where they narrowly lost to Louisville. He continued to improve in his sophomore season, earning a place on the All-Midwest Regional Team.

LeVert started off his junior season as the team’s co-captain, along with Spike Albrecht. Unfortunately, his promising season was cut short after a foot injury on January 17. Before that, he was the Wolverines’ leader in points, rebounds, assists and steals. After seeing his draft stock fall quite a bit, LeVert decided to play out his senior season. Once again, he started off the season in style, soon becoming the fourth player in Michigan’s history to record a triple-double with 13 points, 10 assists and 10 rebounds against Northern Kentucky. His senior season came to an abrupt stop after a lower left leg injury. Despite missing a big chunk of the season, he was named one of the finalists for the Jerry West Award.

Caris Levert’s overall game can be described in a single word: versatile. As a 6-foot-7 shooting guard who can also play at the point guard and small forward positions, LeVert would be a valuable addition to any NBA roster. He can do a bit of everything on the offensive end, starting from his reliable 3-point shot. He converted 40% of his threes during his career with the Wolverines, and is especially deadly as a catch-and-shoot threat. He has solid handles, a quick first step and can run the pick-and-roll efficiently. His assist-to-turnover ratio is also excellent, which bodes well for his combo guard potential. His speed, wingspan and overall athleticism are all the physical tools he needs to develop into a solid defender. By all accounts, he has a tenacious work ethic and a competitive nature.

Though LeVert doesn’t really have any glaring weaknesses in his game, he also has no truly elite NBA skills yet. His thin frame leaves him prone to being overpowered by stronger forwards. He should also work on his mid-range game and his ability to shoot off the dribble. Finally, he is not a very explosive player, which often prevents him from finishing in traffic. However, the only major concern with LeVert is that he needs to stay healthy in order to fulfill his potential.

Considering the glut of guards on this Nets roster, it seems likely that LeVert will start off his NBA career as a small forward. If it does work out like that, he might struggle to contain some of the more physical forwards at first. Of course, this is true for pretty much every rookie in this league. As he matures, his lack of strength will stop being an issue.

Of course, Levert’s injury history remains an obvious worry. While Michigan’s head coach John Beilein claimed that LeVert’s injuries were unrelated to one another, it’s hard to ignore all the nagging doubts. Still, Sean Marks made the best move he could in a tough situation – gamble on potential. Anyone who’s watched LeVert in college will tell you that the potential is there. Provided the bad luck stops plaguing him, he could even become a bonafide NBA star. For the Nets, that was definitely a risk worth taking.