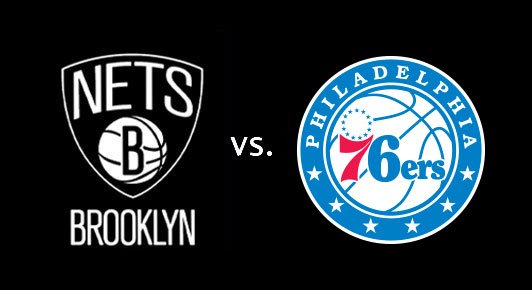 The Brooklyn Nets boast one of the most intriguing storylines heading into the 2022–2023 NBA season. With all of the drama surrounding Kevin Durant, Kyrie Irving, and Ben Simmons in the offseason, fans didn’t exactly know what to expect moving forward. Monday night was the first taste of this new era, as the Nets faced off against the Philadelphia 76ers in a preseason showdown at Barclays Center.

As the first game of the preseason got underway, Brooklyn struggled. Philadelphia played at a much faster pace, which put them on top early. Tyrese Maxey scored fourteen points in the first quarter alone, shredding Brooklyn’s defense on multiple possessions. Outside of a couple of highlights from the Nets’ stars, the first period was a lackluster, underwhelming performance.

However, the second quarter told a much different story. Brooklyn began to find a rhythm, with role players making hustle plays. This ignited Kyrie Irving, Kevin Durant, and Ben Simmons; as they all took it up a notch. After going down by 20 points, the Nets turned things around. Simmons found Nic Claxton on an incredible no-look dish, which pulled Brooklyn within five.

Ridiculous passes became a theme for the period, as Claxton somehow got the ball to Durant on a broken play, and the Nets were down only four.

Despite such a rough start, Brooklyn only trailed 65-62 heading into halftime.

In the third quarter, the bench players who hadn’t seen the court yet were inserted into the lineup. They quickly made an impact, playing with a ferocious pace. Cam Thomas and Edmond Sumner continued to slash towards the rim, finishing difficult shot attempts and finding the open man when necessary. Several minutes into the quarter, Brooklyn led 79-78; their first lead of the night. It was short lived, though, as Philadelphia stormed right back. The 76ers were quite effective from beyond the arc, and pushed their advantage to 15 by the quarter’s end.

In the fourth quarter, Philadelphia maintained control. Brooklyn couldn’t find a consistent scorer, which ultimately led to a double digit deficit that would not be overcome. The Nets fell to the 76ers in their home preseason opener, 127-108.

As with any team that features new pieces, time will be needed to develop chemistry. There were plenty of sloppy moments on Monday night, but at the same time, a lot of potential was displayed. The core starting five with Durant, Irving, Simmons, Claxton, and Joe Harris could prove to be quite solid. All they need is more playing time with each other, which is what the preseason will provide.

Brooklyn did bring in some talented members, which is exciting to see. Royce O’Neale, in particular, had a fantastic outing during his limited minutes. Seth Curry and TJ Warren are still recovering from injuries, so it will take some time for them to debut on the floor this year. Nic Claxton and Day’Ron Sharpe showed strength and heart, and still have plenty of room to grow as centers. Regardless, the Brooklyn Nets have a phenomenal squad, and should exceed expectations as things fall into place moving forward.