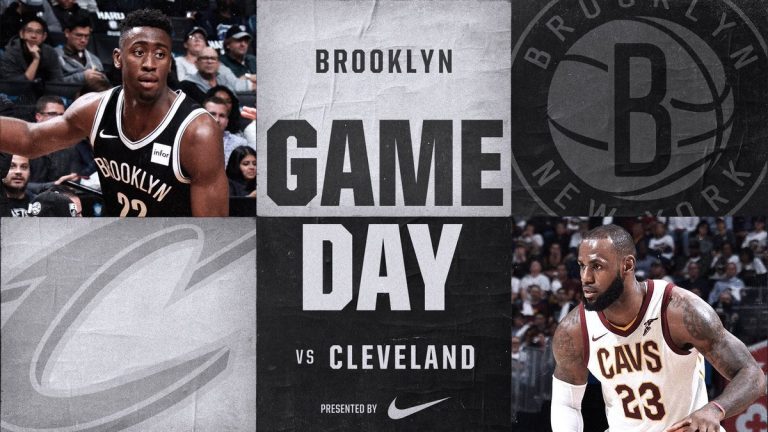 The Brooklyn Nets have started out the season with some strong positive performances despite Jeremy Lin‘s patellar tendon tear on opening night. Two of their trade acquisitions in DeMarre Carrol and Allen Crabbe have worked out quite well to start the season, and the team’s depth has been a huge asset.

The Nets face their biggest challenge of the young season on Wednesday night, as they take on the Cleveland Cavaliers. The Cavs are without their two best point guards in Derrick Rose and Isaiah Thomas. However, any team led by LeBron James will be the favorite in nearly every matchup. Here is a look at how the teams stack up.

The Nets have already had to shuffle their starting backcourt multiple times this season after the Lin injury. However, that starting crew appears to be set now, with Allen Crabbe asking to move back to the bench, and Caris LeVert playing well to start the year. D’Angelo Russell is one of the early frontrunners for Most Improved Player, as he has scored in bunches while capably running the offense.

The Cavaliers have also shuffled their starting backcourt multiple times to start the season, with Dwyane Wade asking to move to the bench, and Jose Calderon standing in for Rose/Thomas. J.R. Smith has struggled to start the year off the bench, and he should be able to regain his rhythm as a starter despite a miserable game against the Chicago Bulls. That being said, Russell could easily score 30 points against Calderon. The Cavaliers opted to start LeBron at point guard against the Bulls, and if they do that again, this matchup will look rather different.

While the backcourt rotation has changed a few times since the start of the year, the frontcourt starting crew has remained the same. DeMarre Carroll has been impressive to start the season and has looked far more like Atlanta DeMarre than Toronto DeMarre. Rondae Hollis-Jefferson has been inconsistent but was fantastic against Orlando.

However, the Nets are simply overmatched in the frontcourt against the Cavaliers. Jae Crowder is basically a younger version of Carroll, and LeBron James and Kevin Love are two of the best players in the league. RHJ and Carroll should be able to at least stay in front of LeBron, but Timofey Mozgov has no chance at defending Love.

After struggling with depth throughout last season, the Nets have been a much deeper team so far this season. Kenny Atkinson has been playing 11 players in his rotation, and yet it still feels like he is short-changing some players on the back of the bench.

The Cavaliers do not have the depth of personnel that the Nets do, but they also have two recent All-Stars coming off the bench with Dwyane Wade and Kyle Korver. Wade still has enough tricks in the bag to score against all but the toughest bench defenders, and Korver’s shooting bends opposing defenses to his will. The Nets might have the manpower advantage, but the Cavs probably have the two best individual bench players.

The outcome of this game rests almost entirely in the hands of LeBron James. He is still the best player in the league and somehow has shown no signs of slowing down despite this being his 15th season. Even teams with All-Defensive caliber wings cannot hope to stop James, and the Nets have to hope that he simply has an off night.

Furthermore, Kevin Love should give the Nets major issues on the backboards and from beyond the arc. Timofey Mozgov is nowhere near quick enough to contain him. Kenny Atkinson may opt to throw Jarrett Allen on him early in this game, or risk hiding Mozgov on Calderon while guarding LeBron and Love with RHJ and Carroll. However the Nets game plan the defensive matchups, there will be an advantage for the Cavaliers to exploit.