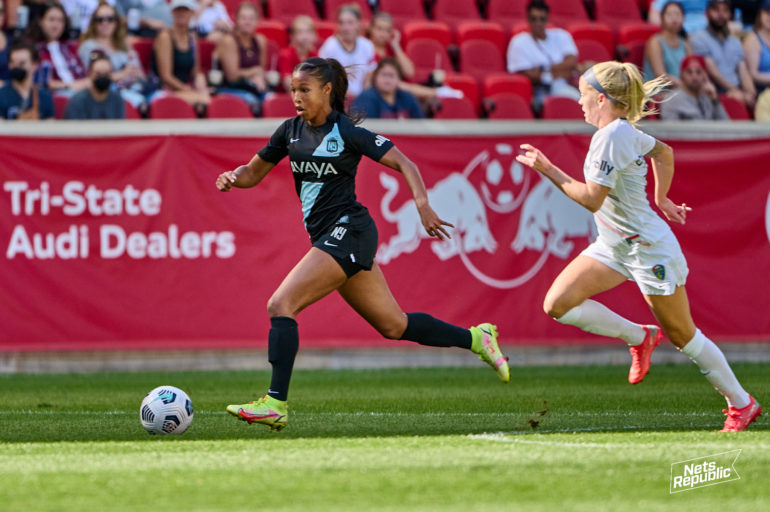 While Purce had 7 previous caps and already scored a pair of goals for the team, Dorsey’s last-minute call-up would give her the opportunity to make her first appearance on the international stage.

Dorsey had previously been called up to two training camps in 2019 but had yet to earn her first cap. She made her international debut in Tuesday’s game when she subbed on in the 77th minute.

In the first match-up against the Matildas in Sydney, Margaret Purce was a starting forward. Dorsey was not among the 18 players who dressed for the match.

The speed of the attack, with Ashley Hatch and Lynn Williams, allowed Purce to shine. With her trademark runs and dribbles down the field, she notched an assist to a goal scored by national team mainstay Rose Lavelle in the 49th minute.

The U.S. went on to win that game 3-0 with the other two goals coming from Ashley Hatch inside the first minute and a penalty earned and taken by midfielder Lindsey Horan in the 68th.

Purce continued to make her mark on the team notching another assist in the team’s only goal in Tuesday’s match, scored by Washington Spirit’s Ashley Hatch. Earning the start again, Purce just narrowly missed scoring a goal herself late in the first half.

Imani Dorsey had been knocking on the door of the national team for quite some time. With her prior training camps and time with the U-23 team, the 25-year-old forward-turned-outside back earned her place on this young roster.

Dorsey made her debut in the 77th minute, subbing on for Racing Lousiville’s Emily Fox.

The U.S. would tie their second match against Australia 1-1. Ashley Hatch scored the team’s lone goal in the 4th minute, and Australia equalized in the 88th.

Looking To The Future

Both games against Australia proved a great test for the young U.S. side. Australia is ranked 11th by FIFA, much higher than previous opponents like Paraguay and South Korea. The strong showing by an inexperienced U.S. squad shows what the youth players can do against a formidable opponent.

The entire 23 player squad marked the youngest group in quite some time. With only two players over 30 years old, the average age of the squad was about 25.

Only 10 members of this squad went to the Tokyo Olympics this summer, and only 6 were on the roster for the 2019 World Cup.

For Gotham FC fans, the hope is that coach Vlatko Andonovski continues to eye Dorsey and Purce for future camps and call-ups. With Purce earning two starts in these friendlies, the forward seems like a lock moving forward. Dorsey’s future is slightly murkier, but anyone who paid attention to her performance in the NWSL knows what a dynamic and versatile player she can be.

Whether or not this young roster sticks remains to be seen. With the annual January camp less than two months away, it will be interesting to see whether or not Andonovski continues with this younger trajectory. One thing is certain, these two games were interesting, exciting, and a great insight into the future of the U.S. Women’s National Team.