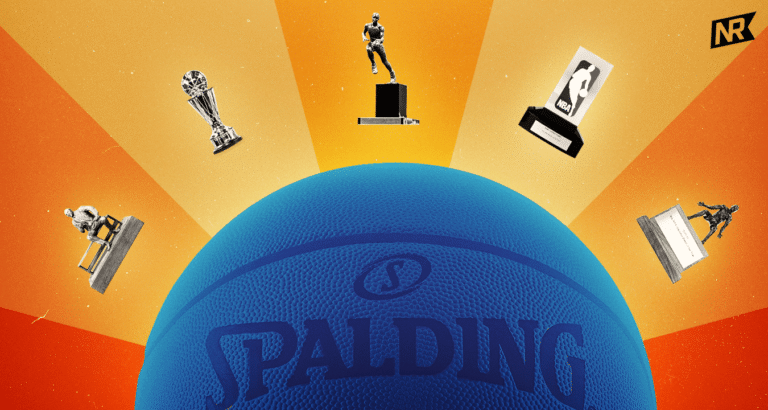 One of the NBA’s worst secrets is its fan’s grievances with the system designated to decide its annual awards, such as the league MVP. But is there truly a better way?

Last night, the 75th season of the National Basketball Association tipped-off and with it returned the barmy dreams of 30 fan bases hoping that the year is noteworthy and worth celebrating. Not every team has realistic championship expectations, in fact, it’s no secret that the NBA rarely has more than a handful of true contenders.

For many fans, a new coach changing the team’s playstyle, a free agent acquisition shifting the team culture, or growth from a highly drafted prospect will be the highlight of the season. Having one of those team members recognized at the season’s end with a major award would without a doubt be the monument moment for 20 teams in any given year.

If you are a diehard NBA fan, you’ve undoubtedly seen your favorite sites teasing their awards predictions. Your regular podcasts have all teased their own choices. It’s a staple of the yearly conversation and yet the process and result of the awards often leave fans disgruntled. The current system is imperfect and decided entirely by the ballots of a large group of media members. Every year there are boggling ballots that understandably send NBA Twitter into an absolute frenzy.

Steph Curry gained a tremendous narrative feather in his cap for being the first-ever unanimous MVP in 2016, though, he was far from the first person to ever be worthy of the honor. Both Shaquille O’Neal (2001) and LeBron James (2013) were a single ballot away. Legacy points aside, a number of contract qualifications and bonus incentives are linked to players winning awards, being selected to All-NBA teams, or voted in as All-Stars. The financial ramifications for players and teams can be significant.

Last week, I polled NBA fans on how the process could be improved. I had them rank alternate ideas on a scale of 1-10. With 1 representing an absolutely awful alternative and 10 showing total support for a switch. The results have been averaged out below.

The first option proposed taking away the vote from national media members and handing the power over entirely to the players. It was far and away the least popular option. For what it’s worth, the players have tried this in the past and it has failed to intrigue the viewers. The second option aimed to target the most knowledgeable group in the basketball community — coaches. The results were once again uninspired. Currently, it appears that little or no consideration is given to market bias. The third option suggested evening out voters by market. The Los Angeles and Detroit markets get two voters. It too failed to enthrall fan voters.

The second most popular idea involved reducing the awards voter pool significantly. I suggested a panel of roughly 13 voters coming from playing, coaching, and media backgrounds.

(If you are curious, last year 102 ballots were counted for the MVP award.)

While going smaller drew a lot of support, getting larger was the number one supported idea. Expanding the awards pool to a massive representative base (300 was suggested) was the clear winner. The idea suggested incorporating coaches, retired players, and media members into the much larger group of voters.

The final proposed method suggested taking human bias out of the equation to the best of our abilities by allowing a league created metric to determine the award winners each season. Once again, it was not a popular suggestion.

Unsurprisingly, there was no real consensus reached, and when asked if there was a proposal not mentioned in the survey that might fit better there were many ideas given! Some were quite interesting; such as having award finalists have a representative argue for them in a court-like setting, only having former winners of each award vote for future winners, or having the nation vote at polling stations around the country!

If there’s a perfect system, we have yet to find it. Perhaps, despite the search for a universally accepted system, the fun remains in the subjective nature of it all.