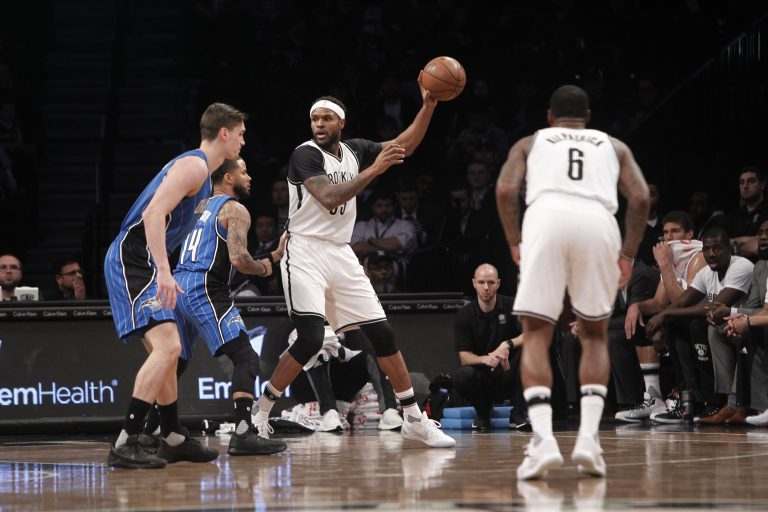 On Wednesday, the Brooklyn Nets dropped their season opener to the Indiana Pacers, 140-131. They also lost Jeremy Lin for the season after he left the game during the fourth quarter with a ruptured patellar tendon. The game itself, however, wasn’t bad (aside from neither side playing defense), and Brooklyn showed that its offense is potent when running on all cylinders.

D’Angelo Russell threw up 30 points on 12-of-22 shooting and Trevor Booker double-doubled with 20 points and 10 boards. The Nets connected on 12 of their 30 threes and made 29 of their 32 foul shots. To beat the Magic, the Nets must continue to diversify their offense, but they also must cut down on turnovers.

Indiana forced Brooklyn into 20 turnovers and got 23 points out of it. Orlando generated 22 points off 13 Heat turnovers. Miami’s offense as a whole, however, wasn’t lethal, and it does not have the same number of weapons Brooklyn does. The loss of Lin, however, does hurt because he is tremendous out of the pick-and-roll and finds angles the younger guys can’t yet see. Russell will now have to bear more point guard duties, and that is an area he is not too fond of.

I do not have too many concerns about the offense. It is the defense that makes me anxious. Brooklyn let the Pacers put up 140 points, and eight players registered double-digit totals — six of them surpassed 15. Miami was an elite defense last year and is expected to continue that, but the Magic still managed to manipulate the Heat, and that is not a good indicator for the Nets.

Unlike last year, Brooklyn is better equipped to be without Lin. The Nets have the talent to compete, but those guys will have to be ready to bear a more massive load. Allen Crabbe will need to step up, as well as Hollis-Jefferson and Sean Kilpatrick (once he makes an appearance). Spencer Dinwiddie is going to command more of the offense, as well as LeVert. This campaign was going to be tough, and now it gets a bit more arduous. The silver lining is that we will get an extended look at some guys who would not have the same platform.

The game against Orlando is going to be a good barometer because the Magic looked solid against Miami, and that is going to be a test for the Nets. Orlando is also one of those teams that can go either way — it will either be terrible or surprise us. If it is the latter, and Brooklyn beats the Magic, it will give the guys confidence that they can win without arguably their best player. That won’t happen, though, if the defense is lackadaisical and the offense sloppy.