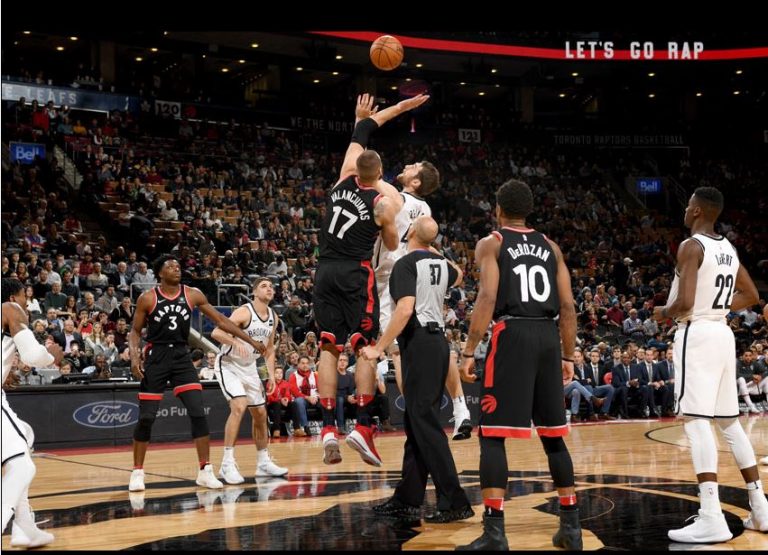 The Toronto Raptors arrive at Barclays Center looking to win their 50th game this season and on a eight game win streak. Considering Toronto only eclipsed the 50 game benchmark just two seasons ago it shows how quickly a franchise can turn around their fortunes.

The Brooklyn Nets returned home to Barclays suffering what many teams do in their first game back from a lengthy road trip. This translated in the team having a tough time finding their legs in the loss to the Sixers.

In review of the five game trip the Nets single win over Charlotte doesn’t accurately reflect the lessons learned or how hard they fought in each contest. Cleveland was more than a little lucky to capture the win, the Nets pushed Sacramento to overtime and they fought back from early deficits in both the Clippers and Warriors games.

Perhaps moral victories shouldn’t be a discussion point, but moving forward to the future this squad is learning valuable lessons and developing characteristics which will pay dividends soon.

The last time the Brooklyn Nets played the Raptors they lost a heartbreaker in overtime.  Brooklyn played the Raptors about as well as anyone has this season and could play spoiler tonight. Certainly, one would expect the Raptors to be ready given they needed overtime in the last outing. However, what could play into the Nets hands is the Raptors have a bad habit of coming out slow to start games, particularly against teams they feel they can beat. For the Nets, their worst quarter is the first (as Nick Agar Johnson outlined following the loss to the Sixers).

If Brooklyn can reverse this habit and Toronto does the expected by taking the Nets for granted, it could translate into a close match and quite possibly a victory.

The best two teams at defending the perimeter are the Brooklyn Nets and Toronto Raptors. This past week offered examples of this prowess. Brooklyn held the Warriors to 23 perimeter attempts and 11 made treys. Golden State average 29.8 attempts and 11.7 makes.

Toronto held the Rockets to a measly nine made treys on 27 attempts this past Friday. This pales in comparison to the Rockets average of 42.2 attempts and 15.4 made treys.

Although the Nets have their own recent perimeter issues and the Raptors go through periods of being hot and cold whichever squad performs better in this area will get the upper hand.

I had planned an entire segment on the Raptors stellar bench, but Brook-Lin scribe Paul Headley recently touched on this unit’s prowess.  I could launch into a missive on all the reasons why the Raptors bench is their x-factor this season, rather I suggest you read this awesome Paul Headley piece.

‘Everyone of those guys contributes on both ends of the floor. A five-man Toronto lineup consisting of just bench players is the best five-man unit in the entire league to have played at least 200 minutes.’

There could be major problems if Jarrett Allen can’t go tonight since the Raptors are loaded up front. In fairness the Raptors are three deep at every position, but this could be a problem area for Atkinson who may be forced to call upon seldom used Jahlil Okafor.

If the Nets have to dust off Timofey Mozgov it will provide an interesting old school style center matchup with Valanciunas (although JV is shooting treys this season).

History: The Raptors enter this match with a a 10-game win streak over the Nets.

Odds: Toronto is favored by 9.5 points and oddsmakers predict an over/under of 219 points.