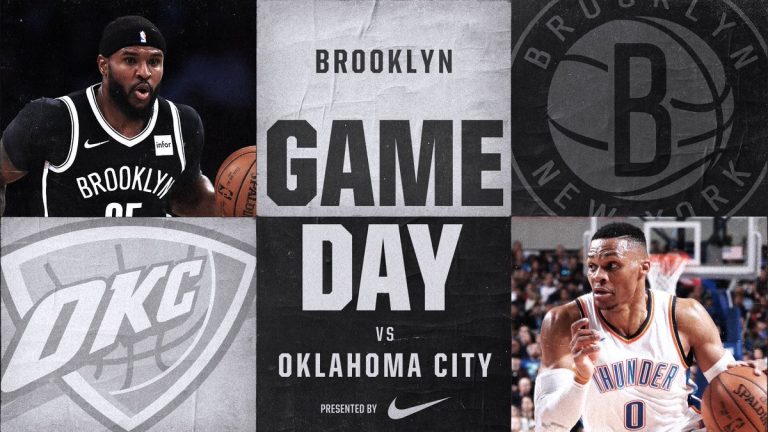 How To Net The Win: Brooklyn Nets vs. Oklahoma City Thunder 12-7-17

The NBA Global Games are back, and the Brooklyn Nets take on the Oklahoma City Thunder in their first of two games south of the border. Brooklyn is fresh off a 20-point beatdown of the Atlanta Hawks, whereas the Thunder have beaten the Timberwolves, Spurs and Jazz in three straight contests.

If the Nets hope to steal a victory from the streaking Thunder, their first matter of business is to contain Paul George. Yes, he is the most important player. The team already knows that Russell Westbrook is going to play recklessly and fill up the stat sheet. However, the numbers tell a different story:

He has faltered a bit over the last three games, but Oklahoma City has been winning because of Steven Adams. The Aussie is averaging 22 points while making a staggering 82.4 percent of his shots. But, that should not continue for long. Despite having three huge names, the Thunder’s offense has struggled for most of the year.

Brooklyn needs to take advantage of that by dictating the tempo and forcing a shootout. The more looks they get, the better. Oklahoma City excels on defense (second in efficiency and fourth in points allowed), and a sluggish game plays into their hands. Fulfilling that prophecy requires Spencer Dinwiddie‘s help.

Going against Westbrook (or Roberson) is not easy, but Dinwiddie has been tremendous in his last nine games. He is putting up 16.3 points and 7.4 assists a night, making him one of just six players to do so: James Harden, LeBron James, John Wall*, Kyle Lowry and Westbrook. (*Wall has only suited up for two games over that same stretch.)

With the way Brooklyn has been playing as of late, this game is winnable. The Nets must force the Thunder to play their style but also not give the ball away — mainly down the stretch, should the game be close.