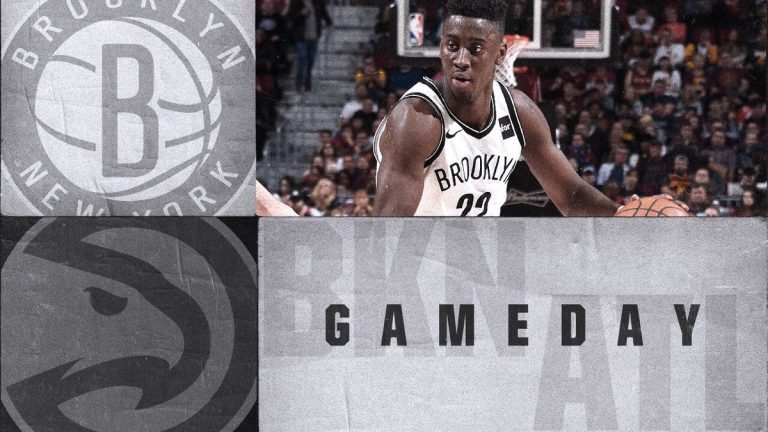 The Saturday afternoon matinee at the Barclays Center this past weekend did not treat the Brooklyn Nets well. It was Star Wars night, and the Atlanta Hawks blew up Brooklyn like it was planet Alderaan. By the end of the day, the Hawks were hopping on the plane with a 114-102 victory under their belt. The Nets need to tighten up a slew of things if they want to steal the second half of this home-and-home.

If there’s one thing, it’s turnovers. On Saturday, 19 giveaways occurred among nine players, with Caris LeVert leading the way with four. The frustrating thing was the Hawks did not play great defensively; Brooklyn was sloppy with the basketball and gave points away, and the Nets know that’s not something they can afford to do when they’re as depleted as they are.

Turnovers lead to easy shots, and it is not a coincidence the Hawks made 47.5 percent of their looks. Not only was the Nets’ defense poor, but they failed to establish any continuity. When they executed well, however, they defended without fouling, a mighty accomplishment given how it felt like the referees were quick with their whistles.

The focus is not only on three-pointers

On the other end of the court, Kenny Atkinson will need to find ways to get his guys open for shots that are around the basket. Outside shooting was not the problem, since Brooklyn connected on 17 of its 42 triples. On twos, however, the Nets’ clip was a piddling 42.5 percent (17-of-20). As the game progressed, the Nets got more aggressive because the threes wouldn’t fall, and 14 of their 21 free throws came in the second half.

Until D’Angelo Russell comes back, Spencer Dinwiddie needs to have the ball in his hands as much as possible. He should lead the team in shot attempts every night, and he mustered up 10 on Saturday. The Nets do not have someone who can create offense as efficiently as he can, and he, among other things, will be the X-factor for Monday’s game.