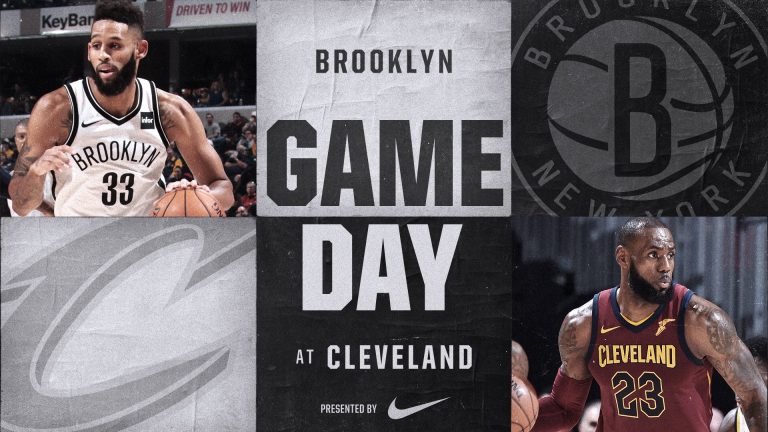 How To Net The Win: Brooklyn Nets at Cleveland Cavaliers 11-22-17

The last time these two teams met will forever be known as the Spencer Dinwiddie game. In a colossal upset, Dinwiddie, who got his first start of the season, poured in 22 points against the Cleveland Cavaliers. His most crucial shot came with 43 seconds, an absolute bomb from three that gave Brooklyn a 106-104 lead.

Outside of Dinwiddie, it was a tremendous team effort. The Nets had five other players in double-digits and stole this win from Cleveland by making the Cavs play a sloppy game. The quickened pace only added to the Cavaliers’ problems. In total, Brooklyn forced 21 turnovers.

LeBron James, who had a dazzling evening, tallied a triple-double (29 points, 13 assists, 10 rebounds) but was also responsible for eight giveaways, and most of the Cavaliers just did not look engaged. This game was the start of a four-game losing streak for Cleveland. Now, things are different.

The Nets will have to play nearly-flawless basketball because the Cavaliers look like they have everything together (offensively, at least). They have won five straight. Brooklyn is 2-3 over that same stretch. Over those games, James has been playing out of his mind — 26 points, 8.4 rebounds, and 7.6 assists while shooting 53.3 percent overall and 50.0 percent from three.

Brooklyn will be okay with letting James put up his numbers, but it is everyone else they need to worry about. If Kevin Love, Jae Crowder and J.R. Smith (among others) find their rhythm, it will be a long night in the midwest.

The encouraging part is the Nets have the players who can put up points, and the Cavaliers’ defense has been atrocious all season. Against the Golden State Warriors on Sunday, Allen Crabbe had 25 points, and Dinwiddie had 21; Hollis-Jefferson recorded 16 points, 12 rebounds, and five assists. A shootout is likely, and Brooklyn can compete in one.

It is tough to bet against LeBron James, and he is ultimately going to be the deciding factor. If he continues his piping-hot play, the Nets will not be able to do anything and would need to focus all their energy on stopping his help. If they can replicate what they did a few weeks ago, the result looks promising.