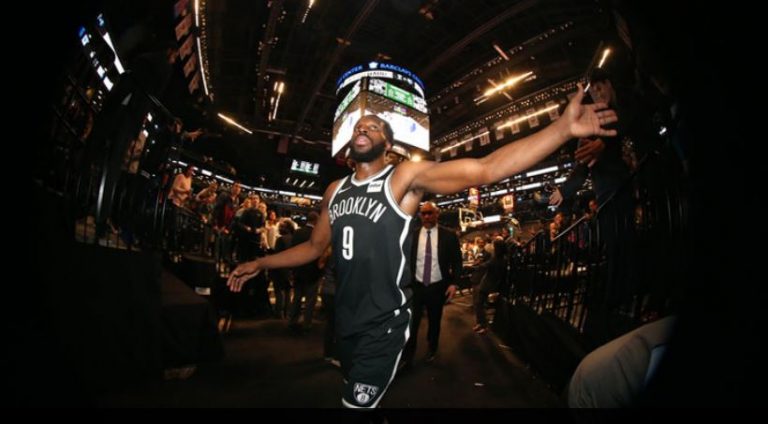 A little second leg of a back-to-back was water off Brooklyn’s back. The Brooklyn Nets capped off St. Patrick’s Day with a 114-106 home victory over the Dallas Mavericks. The victory marks the 12th St. Patrick’s Day victory the Nets have had since joining the NBA after the 1976 merger. The victory also puts the Nets and Mavericks at a tie for the fifth worst record in the league with 12 more games to go. A distinction the tanking Mavericks probably mind less than the lottery-pick-less Nets do.

Carroll is A Name of Irish Descent

DeMarre Carroll faced a crossroads in his career when he got traded from Toronto to Brooklyn in a salary dump. Carroll’s 2017-18 season in Brooklyn likely determined how Carroll’s career would be remembered. Would DMC be remembered for a flash-in-the-pan playoff run that led to a cautionary tale of free agency? Or would Carroll find a way to salvage his reputation as he entered the twilight of his career. It seems safe to say DeMarre has mostly succeeded in the latter by showing he has some quality wing play left in his tank.

DeMarre Carroll posted 19 points, 12 rebounds, and 4 of 8 from three against Dallas. The terrific stat-line builds upon season averages of 13.5 points per game, 6.7 rebounds a game, and 2.0 assists per game on 41.2/36.9/78.0 season splits. The ability for DeMarre to swing between both forward spots and provide competent two-way play has kept Brooklyn afloat in many games.

Carroll does not have his athletic advantages anymore, but savvy wins more often than appreciated. If the sad moment comes where DMC has to leave Brooklyn, the hope is it is to a playoff team who can further his redemption and utilize him in a rotation.

In light of multiple months of middling, Spencer Dinwiddie had been returned to the bench in Jarrett Allen’s stead. The move by Atkinson has better balanced the starting and bench lineups. The bench lineup leans small with Jahlil Okafor still not getting many minutes.

However, playing so small works better against the backup centers of the NBA than the starters. Dinwiddie has seemed to find a bit of his scoring spark back in taking and making more on his own.

His fit next to LeVert works more naturally than next to D’Angelo Russell as Caris LeVert prefers more of a secondary ball handling role. More lineup tinkering is likely ahead for the rest of the season and even next season among Brooklyn’s ball handlers. However, there’s enough talent to be worth trying to unlock.