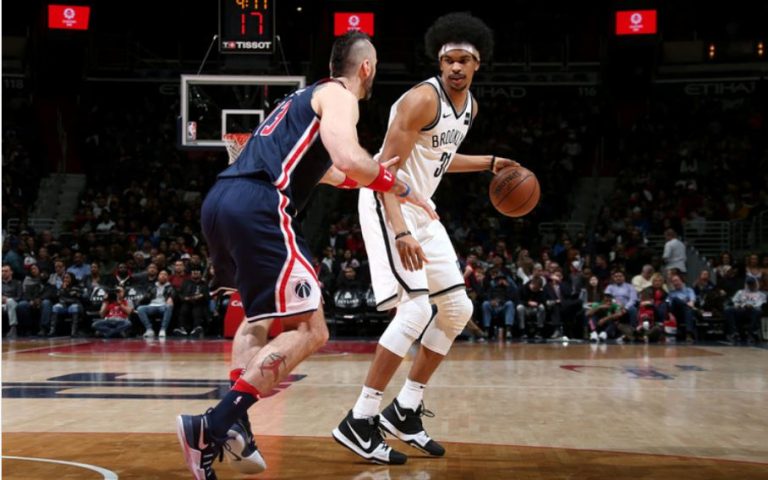 The Brooklyn Nets erased a 23-point deficit but were unable to complete the comeback, losing to the Washington Wizards 119-113 at Capital One Arena.

The Brooklyn Nets will rue a slow start and poor three-point shooting as they fell 119-113 to the Washington Wizards yesterday. The Nets came out with lacklustre effort and allowed the Wiz to shoot 54.5 percent in the first half to lead 59-39 at the half. On multiple occasions, the Wiz found themselves without a defender within five feet as they fired away from virtually anywhere on the perimeter.

The second half proved to be a different story as the Nets came out with much better energy and purpose. With an increased defensive intensity, Brooklyn were able to force turnovers and increase the games pace. Brooklyn’s aggressiveness getting to the rack caused the refs to put air in the whistle as they shot 10 free throws in the third quarter alone. Fast forward to the end of regulation, an offensive rebound from Rondae Hollis-Jefferson off a terrible Spencer Dinwiddie shot found Quincy Acy for the go ahead triple to send the game to OT.

Overtime was not Brooklyn’s friend however. Washington stars Bradley Beal and John Wall scored 9 of the Wizards 12 points in OT to secure the victory. Brooklyn would throw in a donut from three, shooting 0-6 from range.

Brooklyn came out flat as a board in the first half. Matador defense and nonchalant offensive play caused the team to fall behind by 23 early. Poor rotations and terrible communication on the defensive allowed Beal to score 14 points on just 9 shots (6-9 from the field, 2-3 from three). Brooklyn got itself together in the second half but falling behind by double digits is asking for it.

Acy added spice to the defense

Not only did Acy hit the go ahead three to send the game to OT but he added swag to a flailing defense in the third quarter. Back to back blocks on Beal by Acy seemingly changed the games course and the Nets came to life. Sometimes hustle and effort are the ingredients to fuel a teams comeback and Acy certainly provided that tonight.

Brooklyn continues to fire up threes

Kenny Atkinson‘s men remain one of the least efficient teams from range. The Nets shots an abysmal 12-43 from beyond the arc which included a 0-6 effort in overtime. Sure, Brooklyn hit 6-12 from three in the fourth quarter to get themselves back into it, but the key was penetration. When the Nets attack the rack and kick the ball to the open man, that’s when shots fall. Shooting ill-advised triples is not conducive to long-term success.

Brooklyn just aren’t a great three-point shooting team and persisting with a game style that doesn’t suit the personal is insanity.

Being down 23 and mounting a comeback is never easy. Tonight however, Brooklyn showed heart and fight to stay in the game. Jarrett Allen had his best game as a pro, posting 16 points and eight rebounds in 29 minutes. The Nets methodically pick and rolled Washington to death, scoring at will on the inside. They showed patience and poise, chipping away at the lead rather than going for the big play.

However, after grinding their way back to force overtime, the Nets decided to jack up threes again. I mean why not right?

All statistics are courtesy of ESPN.com 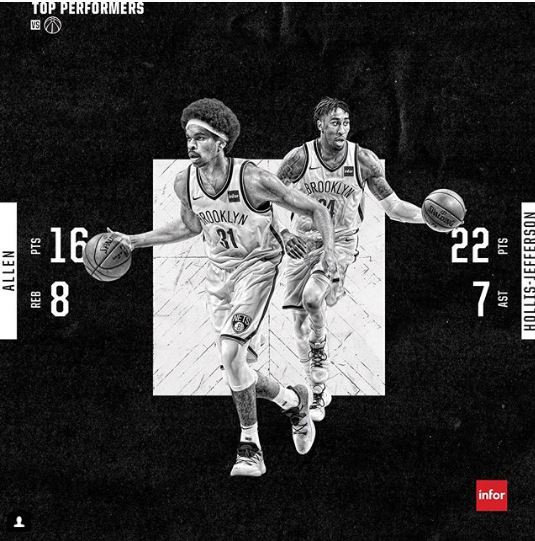