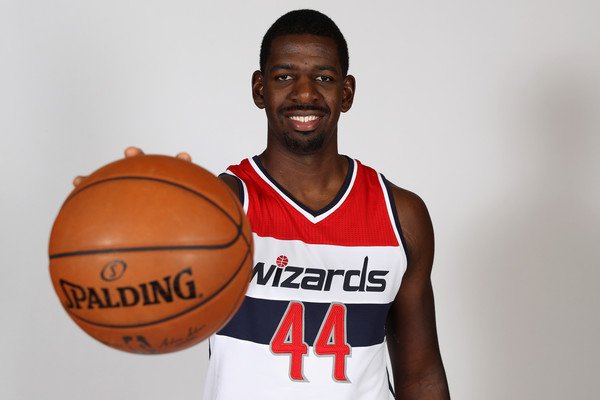 Who Is Andrew Nicholson And How Does He Fit In With Brooklyn?

After a season of speculation that Brook Lopez would be moved by the deadline in order for Brooklyn to sneak into the first round of the 2017 draft, it was a different move that ended up accomplishing this.

Yesterday Bojan Bogdanovic and Chris McCullough were sent to the Washington Wizards in exchange for their first round pick in the 2017 draft, Marcus Thornton, and Andrew Nicholson. Thornton is reportedly being waived, but former first round pick Andrew Nicholson is an intriguing player that was buried on a depth chart that featured the likes of Markieff Morris, Otto Porter, Marcin Gortat, Ian Mahinmi, and Jason Smith.

Following a relatively large free agent deal this summer, four years/$26 million, Nicholson was only averaging 8.3 minutes off the bench and in need of a change of scenery.

In Brooklyn, Andrew Nicholson has an opportunity to make an impact off the bench in a system that plays to his strengths. Coming out of St. Bonaventure in the 2012 draft, the 6’9″ forward was chosen nineteenth overall by the Orlando Magic due to his reputation as a versatile scoring four. As a senior, he had a refined post game and showed improvement as a shooter every year.

While with the Magic, he showed flashes of promise off the bench but never averaged more than 15 minutes during his four years. In 275 career games as a member of the Orlando Magic he averaged 6.1 points, three rebounds, and 0.4 assists. The best game of his career came just last season against Brooklyn, where he was a perfect nine of nine from the floor, three of three from deep, and ended with 24 points in just 21 minutes.

He showcased everything he can do offensively in this game. He has a wide range of post moves, can face up and hit jumpers with ease, and hits open threes when left exposed. Inside a system like Kenny Atkinson’s, Nicholson has an opportunity to thrive in ways he couldn’t in Washington. Atkinson’s motion offense thrives on constant movement, creating space on the floor to drive the lane or hit jumpers, and let someone as versatile as Nicholson thrive.

Much like Brook Lopez last season, Nicholson’s game on offense is extremely similar and could be transformed by Atkinson. A majority of Lopez’s shots came from midrange but after Atkinson came along, he eliminated them almost entirely from his game.

Now, Lopez is either getting his scoring from the post or deep. The 27 year old Nicholson could be fast-tracked for a similar kind of rework. He is a career 32.7 percent shooter from deep and despite only shooting 18.8 percent this season, it isn’t insane to think he could start averaging something serviceable in the 35-38 percent range before the season is over.

His biggest issues are with consistency on offense and defending at a high level. These things were only exasperated while in Washington. Without consistent minutes or an offensive system that helped create open looks for players, Nicholson floundered and was soon buried on the bench for the youth movement that helped push Washington to new heights.

If he can become more consistent on offense and try really hard on defense, Nicholson stands to have found a long term home in Brooklyn. Despite having a lot of forwards on the roster, Luis Scola won’t be on the roster after this season and Justin Hamilton shouldn’t be either. He is better than both of them and should take a lot of their minutes, especially if he hits the ground running.

Sacrificing Bogdanovic for a first round pick was necessary, but flipping Chris McCullough for a legitimate rotation player won’t hurt anything in the short term. McCullough could end up being another solid player that was once with Brooklyn but then finds a success with another team, but right now he wasn’t offering much to this lineup. He was a D-League All-Star this season but in limited playing time for Brooklyn he didn’t show enough to justify keeping him.

No one is entirely sure what to expect from Andrew Nicholson. The rare college graduate that majored in Physics should fit into this eclectic locker room that features alumni from Stanford and Harvard. If he comes in and averages eight points and five rebounds while shooting over 35 percent from deep, then it was a good move.