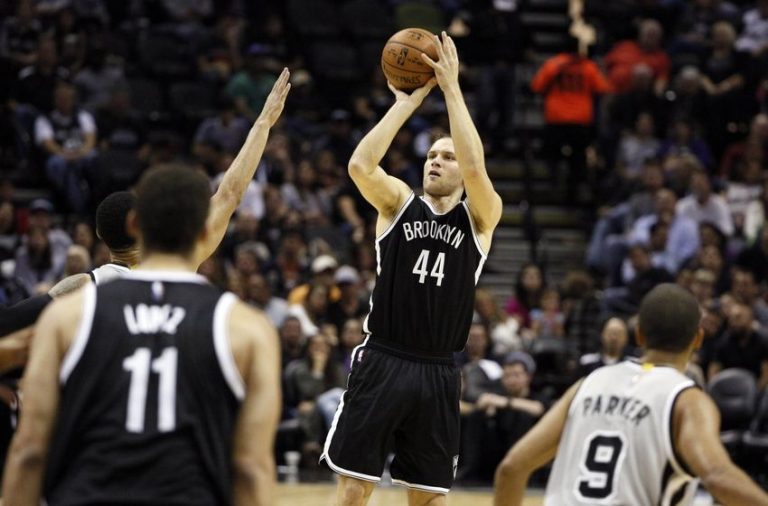 As the NBA moves towards small-ball, guards who can hit three-pointers at a reasonable rate continue to grow in demand. That goes double for a distinctly average jump-shooting team like the Brooklyn Nets. Last season, Bojan Bogdanović was the only Nets player to make over 38% of his three-point attempts, while taking more than four of those per game. Considering the Nets’ current depth chart, it seems likely he’ll finally nail that starting spot for the foreseeable future. As someone who has settled in the NBA and is just entering the prime years of his career, Bogdanović should become one of Atkinson’s main offensive weapons in the upcoming season.

Though Bojan Bogdanović was drafted 31st overall in 2011, it took him a while to come into the league. After starting off his professional career in his hometown club Zrinjski Mostar, his undeniable talent led him to sign a five-year deal with Real Madrid, one of Europe’s biggest powerhouses. However, the result-oriented Real Madrid didn’t have much patience for the gifted youngster. Following a two-year stint with Cibona Zagreb, Bogdanovic moved to Fenerbahce Ulker, where he got the opportunity to learn under Željko Obradović, one of the most revered European coaches of all time. During the three years he spent in Fenerbahce, Bogdanović blossomed into a deadly outside shooter with a clutch gene. The NBA was the natural next step.

In his two seasons with the Brooklyn Nets, Bogdanović was mostly utilized as a reliable shooter off the bench. He played a big part in the Nets entering the 2015 playoffs, where they lost 4-2 to the Atlanta Hawks. He also proved he is capable of taking a heavier load on offense once the Nets waived Joe Johnson. On March 24, Bogdanović scored a career-high 44 points – the most by any Nets player since the team moved to Brooklyn. During his sophomore season, he averaged 11.2 points, 3.2 points and 1.3 assists per game. His shooting averages were quite satisfying: 43.3% from the field, 38.2% from three-point range and 83.3% at the free-throw line.

At this point of his career, Bojan Bogdanović is still mostly seen as a shooting specialist. However, his role has gradually increased in the short period after Lionel Hollins was relieved of head coaching duties. Under Hollins, he was just a spot-up shooter; under Brett Brown, he was often asked to create for himself. While his field percentages are not stellar, he has shown flashes of being a good cutter and a reliable jump shooter. He has a high release point and can get off a shot quickly. If he has enough confidence in his shot, he can seem almost unstoppable, draining threes and floaters like nobody’s business. He still needs to work on his shot consistency, but the tools are all there.

Bogdanović also has decent creation skills. While he hasn’t been asked to share the ball all that often this past season, his excellent instincts and timing often help him find an open man for an easy layup. In addition to that, he has a high basketball IQ and has continually displayed a lot of professional savvy. His offensive game is becoming more well-rounded on a monthly basis.

On the defensive end, Bogdanović is still very much a work in progress. His lack of elite athleticism and lateral quickness hold him back, but he partly makes up for it with hustle. Still, his defensive faults got him exploited in isolation too often last season, even by some distinctly average wing players. He needs to cut down on gambling for steals, as he’s not quick enough to get away with it. If he continues to work on his weaknesses, there’s no reason he can’t be a difference maker on this roster.

Due to him entering the final year of his contract, Bogdanović’s future with the Nets is still unclear. Unlike Joe Johnson or Andrea Bargnani, he’s a valuable trade chip in this league. It’s unlikely Sean Marks lets him walk away at the end of the season without getting any assets in return. Bogdanović has shown he can be a valuable rotation player in the NBA, and If he continues to develop, he could even be a starter on a contending team. At this point, the Nets are likely to keep Bogdanović at least until the trade deadline, at which point they’ll have to make a decision about his future in Brooklyn.