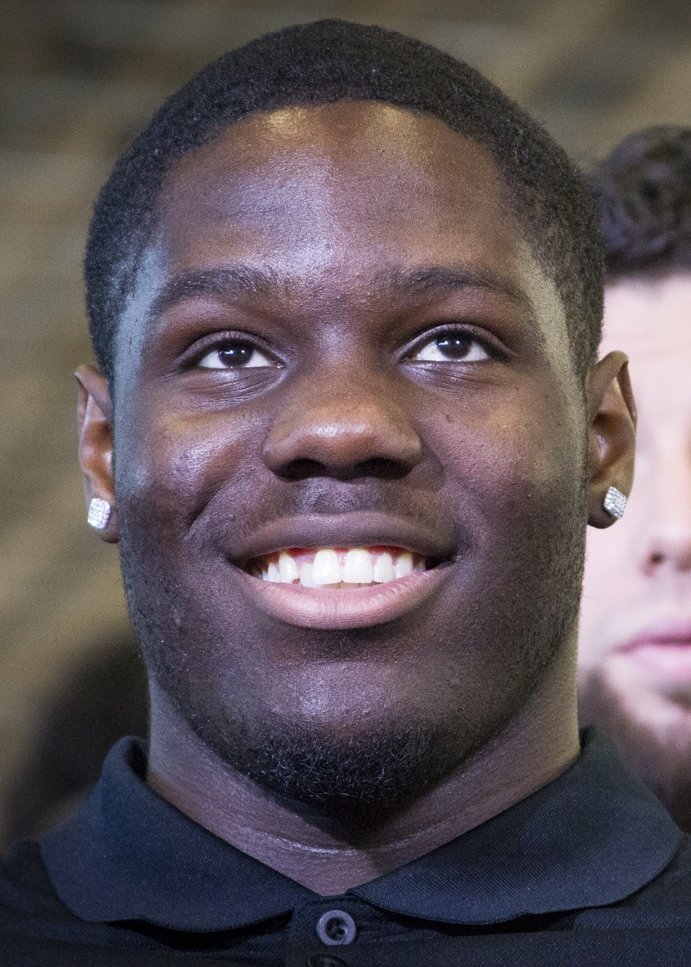 It’s fair to say that no number one overall pick in recent history has drawn more negative press than Anthony Bennett. He has been in the NBA for three years now, and we’re still no closer to deciphering the mystery surrounding his game. During his one-season stints with the Cleveland Cavaliers, Minnesota Timberwolves and Toronto Raptors, he has shown very little potential that got him into the league. The fact that all it took for the Nets to secure his services was a two-year minimum deal says a lot.

However, there are still enough reasons to believe in Bennett’s revival. The majority of his issues are of a mental variety, and a player with such a mindset can explode at any time. Besides, the Nets have some experience with players who were once believed to have no place in the NBA – after all, they just signed Jeremy Lin, who’s been on as many different team as Bennett.

As a huge prospect coming out of high school, Bennett chose the University of Nevada – partly due to the fact that the Runnin’ Rebels fast-paced game was a perfect fit for his own style. In his only college season, he averaged 16.1 PPG, 8.1 RPG and 1.2 BPG with efficient shooting percentages of 53.3 FG% and 37.5 3P%. After the Rebels were knocked out of the NCAA tournament in the second round, Bennett declared for the draft. He was drafted 1st overall by the Cleveland Cavaliers, thus becoming the first-ever Canadian No. 1 pick in the NBA draft. This came as a surprise to most NBA analysts; while Bennett was seen as a top lottery pick, he was not expected to be taken off the board that quickly.

Faced with sky high expectations that come with being drafted as the first pick, Bennett did not adjust particularly well to the life in NBA. After a mediocre first season with the Cleveland Cavaliers, he was traded to the Timberwolves in exchange for Kevin Love. With only a couple of solid games in his second season – including his 20-point career high performance against the Spurs – he was waived at the end of the 2014-15 season. Shortly after moving to his hometown team, the Toronto Raptors, Bennett became the first number one overall pick to play in the D-League. After three more D-League assignments, he was waived at the end of the season.

Bennett’s biggest on-court problem in the NBA has been his lack of willingness to play defense. He was regularly caught in no-man’s-land, arriving too soon or too late and having trouble processing everything going around him. While his versatility on offense occasionally resulted in a flashy highlight, the fact that he was a big net negative during his stretches on the court basically prevented him from playing more than fifteen minutes per game. In addition to that, he was mostly a ball hog on offense; he would often settle for a long two as soon as he got the ball, even with better options readily available.

However, there’s more to Bennett that meets the eye. His biggest strength is still his natural athleticism: he’s reasonably fast, has a long wingspan and a lot of bounce. There were a couple of situations during those three seasons where he switched onto a point guard and managed to stop him from going to the rim, Draymond Green-style. Though his college shooting percentages haven’t translated to the NBA yet, he has shown he has legit 3-point range and that he can hit a shot off the dribble. And for all his NBA troubles, he has been a completely different player in the Canadian national team, averaging 15.6 PPG and 10.4 RPG at the 2015 Pan American Games.

At this point of their long-term plan, the Nets have to take some calculated risks. That’s why they used their first round pick in this year’s draft on Caris LeVert, an injury-riddled player with a lot of untapped potential. That’s also why they have just taken a flyer on Anthony Bennett. In Kenny Atkinson, the Brooklyn Nets have one of the best player development coaches in the NBA, and it’s hardly a shock that they’re taking advantage of it by adding interesting prospects to their roster. Despite his shortcomings, it can’t be denied that there’s still an interesting NBA player somewhere inside Bennett. Landing him on a minimum contract is a big win for the Nets, and the fact that Bennett spent three weeks training with them before signing the contract bodes well for this particular partnership.