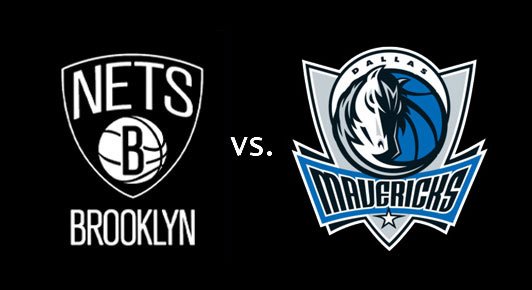 The Yogi Ferrell revenge tour is riding into Brooklyn today at noon for the final time this season. While some people are dead-set on making this the main storyline of the game, it is pretty played out. Nets fans that are still salty that the organization didn’t re-sign him before Dallas did are the same ones that want Brook Lopez moved for pennies on the dollar.

The real story in this game is how Brooklyn will rebound from another close loss in a very winnable game that was marred by Atkinson’s mismanaging Jeremy Lin’s minutes.

It sparked some very interesting takes on the situation, including a click-bait piece suggesting the Nets and Lin would be better off without Atkinson at the helm. To think this team would be better off without Kenny Atkinson is absolutely laughable and to suggest so after mismanaging the minutes of an often injured star in his first season as a head coach is offensive. It’d be like wanting to give up on LeVert when he was shooting 29 percent from deep on the season or wanting to shut down Lin for the remainder of the season before he made his comeback.

Everyone on this team is learning and growing, including Atkinson. That doesn’t mean he isn’t qualified for this job. He needs to take this as a learning experience and move forward, just like any other player does or anyone in any situation in life.

If Brooklyn wants to beat Dallas at home today they need to disrupt their guards on the perimeter, use Brook to tire out Nowitzki by making him work on defense, and cut down on as many turnovers as possible.

Dallas has three guards in Ferrell, Curry, and Matthews that all excel at shooting threes and attacking from the perimeter. Brooklyn needs to attack Ferrell and Curry especially in order to disrupt Dallas’ offense. Lin and Foye/LeVert will need to play tight on these players, get in their airspace with every shot they put up, and work hard on getting in their faces to make passing it to Barnes or Nowitzki in the post difficult.

It is no secret that Nowitzki is entering his swan song as a player. He can still get a lot done, but Brook should try to go at him as much as possible on offense today. Take him out to the three point line, make him run around a lot, and then take him down low and beat him up with some hard post moves. The more Brook makes him move and expend energy, the less likely his is the be effective at the other end.

Brooklyn has been averaging an astronomical amount of turnovers on the year. Unfortunately Lin’s presence hasn’t cut down on the number of turnovers and Dallas is a team that can hurt you with takeaways. Nowitzki may be old, but the rest of that team can run with the best of them. All it takes is a couple mistakes before Harrison Barnes starts to get rolling and before you know it, Dallas is out to a 10 point lead.

This is a very winnable game for Brooklyn. Expect it to be close and for Brooklyn to give Dallas a real run for their money. It’ll be interesting to see how Atkinson responds in the fourth quarter of another tight game given the Celtics debacle.