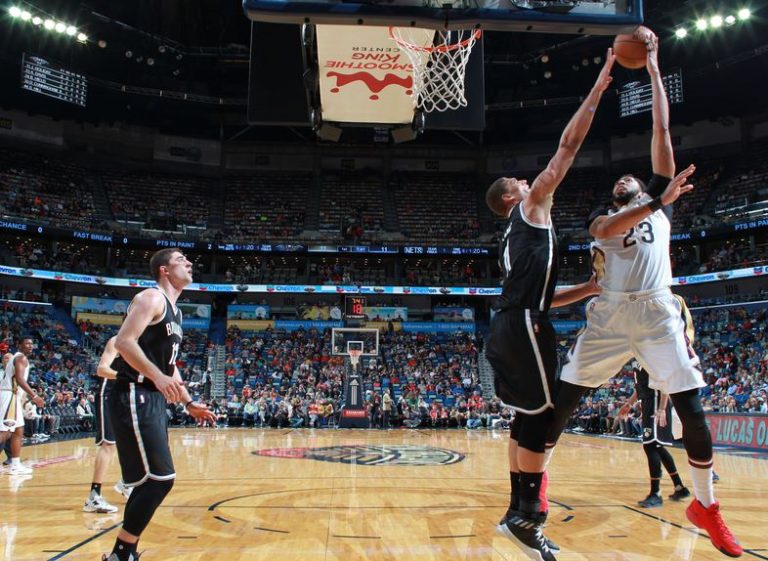 This will be the second game of a back-to-back for the New Orleans Pelicans. Getting trounced by the 76ers last night won’t help them heading into this game. The Pelicans cannot play the same basketball they were playing early in the year. Losing DeMarcus Cousins was a massive blow. He had been having a career year. Yes, the Pelicans added Nikola Mirotic, but he isn’t in the same realm of talent as DeMarcus.

E’Twaun Moore is probably a name you have heard of. He should probably be a bench player on most teams in the NBA, but on the Pelicans, he starts. And it doesn’t get better as you going down the depth chart looking at the wings on this team. DeAndre Liggins has a good name. He was drafted in 2011 and it’s still unclear what he does well. Now Darius Miller is a little better. Actually, at times Darius has looked like a really good role player. He has the ability to shoot the lights out with a true shooting of 63.9 percent this season. Where Darius becomes a bit of a liability is on the defensive end of the floor. So, when he’s on the floor the Nets should attack that matchup.

Jrue Holiday is having a fantastic season in terms of fantasy basketball. He’s averaging a career-best of 18.6 points per game. If the Pelicans were in the Eastern Conference. Jrue may even have been an all-star replacement. It’s interesting to note he is shooting a career-high 49.1 percent from the field, but a career low 32.4 percent from three. Giving Jrue the odd open three isn’t going to break the bank, but if you let him work the middle and attack inside you are asking for trouble.

Anthony Davis is a superstar and one of the best big men in the NBA. It will definitely be a difficult task for Jarrett Allen. Over the course of Davis’s career, he’s had injury scares. If Jarrett can play Davis physical and make him think twice about taking the ball inside the Nets might be able to limit Davis from going off.

Since the Pelicans run a lot of two point guard lineups with Jrue Holiday and Rajon Rondo together the Nets should do the same. Spencer Dinwiddie and D’Angelo Russell will likely have to pick their spots. Whichever one is guarded by Holiday may have a tough time winning their matchup, but Rondo can be torched. In fact, Rondo is averaging a career low in steals per game. Steals may not be the best marker for measuring defense, but he’s defensive box plus/minus of -1.5 with a defensive rating of 111. So, let’s just say Rajon Rondo’s Boston days of being an elite defender are long behind him.

The Pelicans no longer have Tony Allen. Meaning they literally have no swingmen that are good defenders. If there was any game where Allen Crabbe was going to go off this is the game. Joe Harris and DeMarre Carroll should have plenty fun in this one as well. Outside E’Twaun Moore and Darius Miller, the Pelicans don’t really have reliable shooting options from the shooting guard and small forward positions.

So, look for New Orleans to continue shifting perimeters shots to the recently acquired Nikola Mirotic. Mirotic was having a career year with the Bulls, but hasn’t jelled with the Pelicans yet. Maybe not playing his best friend Bobby Portis is the reason for his diminished play? The Pelicans are favored by two points in this game. Since the Pelicans have no DeMarcus Cousins and are coming on the road off the second game of a back-to-back you have to feel like the Nets have a shot heading into this one.

Nets: Jeremy Lin (Knee – Out For The Season), Rondae Hollis-Jefferson (Groin – Out), Caris LeVert (Knee – Out)