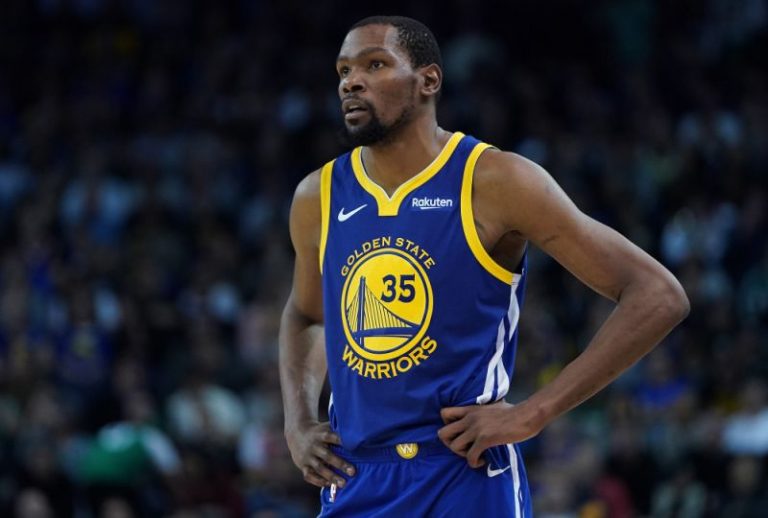 How Kevin Durant’s Narrative Can Help The Nets Land Him

Kevin Durant will leave the Golden State Warriors at the end of the 2018-19 season.

Kevin Durant plans to join the New York Knicks once we hit July 1. Most insiders and staffers from franchises around the league consider it a done deal.

Kevin Durant has already let Kyrie Irving know he’s plotting a move to New York and would like to partner with him in MSG.

But Durant’s history and the narrative of his career point in the total opposite direction.

If I know something about Durant, it’s that he is a media darling. He’s a comic book character, born straight out of the brightest creative mind. He was born in no less than the capital of the United States, Washington, D.C. He started to hone his basketball skills around this place, moved to Mouth of Wilson, Virginia, chose Texas has his one-year collegiate stop and became the final living image of the Seattle SuperSonics.

Before playing his first basketball game at a professional level, Durant had already built quite a list of achievements and awards. He had played at the McDonald’s All-American game. He was the 2007 Big 12 Player of the Year. All outlets picked him as a consensus All-American first teamer in 2007. But even with all that, he had to watch Greg Oden being the first name called in the 2007 NBA Draft.

Redemption planned from day one, like in any good old story.

Just one year after the start of his playing days, Durant had to move for the first time. Not a trade, no. A relocation. The SuperSonics were moving to Oklahoma City to become the Thunder and with that also came a new character to Durant’s story: rookie Russell Westbrook.

Westbrook’s an important part of Durant’s plot. By the third season of the two playing together, Durant could already see how the younger of the two was seeing more ball than him even though Kevin was definitely the better player.

No problem, though. Durant carried OKC to the Finals in 2012, where they lost to LeBron’s Miami Heat. First dagger.

He earned the MVP award two years later in 2014 while still on the Thunder. They would fall short of the Finals. In 2015 they wouldn’t even make the playoffs. Second dagger.

The 2016 season’s ending marked the next step for Durant to take. OKC wasn’t able to finish Golden State after going 3-1 up in the conference finals. They were out of the playoffs, out of contention. Final dagger.

After that, though, life changed for Kevin Durant. He opted to enter free agency and ultimately signed with Golden State to solidify him as the next face of the NBA, surpassing LeBron James. After sharing superstardom with Russell Westbrook in Oklahoma City, which was something already, he opted to join a team already built, a juggernaut that had just closed a 73-win season, the most in history.

But yhow the hell are you supposed to claim the GOAT title if you’re surrounded by such a cast? How are you going to expect to be taken seriously in that conversation when the ones surrounding you are elevating your game even if they played blindfolded?

For all of Durant accomplishments in his Warriors’ tenure (two chips to go with two Finals MVP trophies) and he becoming the best player of the team, he still isn’t and will never be considered the face of Golden State. There is some Steph Curry for that. Almost the same thinking applies to fans of the Thunder, who praise Durant for his time with the franchise but still feel weird thinking of him as fondly as they think of Russ, the legit loyal guy to the team who has remained in place from day one carrying the team as far as he has been able to.

So, Durant is in a strange place now facing another decision this next summer regarding his playing venue. He has every option to choose from. He can stay with Golden State, keep winning championships until the dynasty erodes enough to call it quits, and then happily retire. He may never be considered the GOAT or given as much recognition as he ever wanted, but the gold would definitely be there to his name.

He can choose to pick a new team. Let’s follow the most talked-about storyline here, which goes through New York via the Knicks. Being honest, there are not many more places he’d consider. The Lakers are a no-no with LeBron already there. The Clippers have never truly been in the conversation. The Knicks definitely fit his arc. Durant can go to New York and form a super-team with Zion Williamson and Kyrie Irving if New York is lucky enough to land the rookie and convince Kyrie to leave Boston.

But this lays a heavy question: does Kevin Durant want to create a super-team (as he did with his move to Golden State) by joining forces with another superstar in Irving? With an up and coming force of nature in Zion Williamson? Does he really want to go through the fire of critics again for not being able to carry a team by himself and having to join other greats to win?

Knowing him (or pretending to, which is probably the most we aspire to) I think he does not. Durant and the Knicks are a couple bound to build a marriage doomed to collapse. New York’s media and the Knicks traction would strangle him. He wouldn’t survive it.

But he wouldn’t need to look much further to find a way better place not far away from MSG where his career could take a turn to put him in a more heightened position looking at it from the individual lens. Yes, that place would be Brooklyn.

The Nets have room for one legit superstar to join the team this summer if they keep D’Angelo Russell, which is logical and expected and the right move to make by the front office. Brooklyn has built something out of nowhere. They have turned an infamous trade that handcuffed the franchise into a model of progression and evolution and development no other organization has been able to replicate in the NBA lately.

The core of the Nets is made out of interesting, young developing players. Only Russell is an All-Star after completing a season for the ages, but he’s still miles behind Durant in terms of league-wide recognition and appreciation. If Kevin joins these Nets, he’d undoubtedly be the lone leader of the team. There is nobody in place that would question his position and role in the team. This whole narrative of him being only able to win while accompanied by other superstars would be on the verge of being destroyed.

But don’t be fooled. Durant joining the Nets is not Durant joining, let’s say, the Cavs or the Kings. Those teams are deep into their rebuilding paths. The Nets, while offering Durant a place at the reins, already have a more than a strong squad. Yet no one would dare say he teamed up with any great to win if he does it in Brooklyn.

Personally, I don’t think there is a better place for Kevin to sign this summer. Is Golden State a better bet in terms of getting championships? Sure. Does it change the perspective of his character? Not at all, much less with Steph and Klay still (and maybe forever) playing there.

Could Brooklyn mark the change Durant needs and is looking for? Definitely. He would finally become the true face of a franchise. The Nets would be hard to talk about without mentioning Durant. He would be handed a bunch of teammates perfectly capable of making the playoffs and ready to take the next step aided by Kevin’s presence.

The Knicks, though? If Kevin Durant wants to keep giving this image of a “winner-yet-loser” that only can get championships by getting heavily helped by others (in this new scenario Irving and Zion), then he would do no wrong in picking New York. Go ahead. But don’t complain about it.

Brooklyn is ready to embrace Durant as much as Durant is ready to change the optics on his career. It’s a match made in heaven. They’re made for each other. If only this was a wedding everybody would dress in the cleanest blinding white and red roses would abound.

And by the time all is said and done, and Kevin Durant exits the NBA once for all, the Association would not only remember him as a leader and a champion but also have another team, this one established in Brooklyn, with the Larry O’Brien trophy etched to its history.