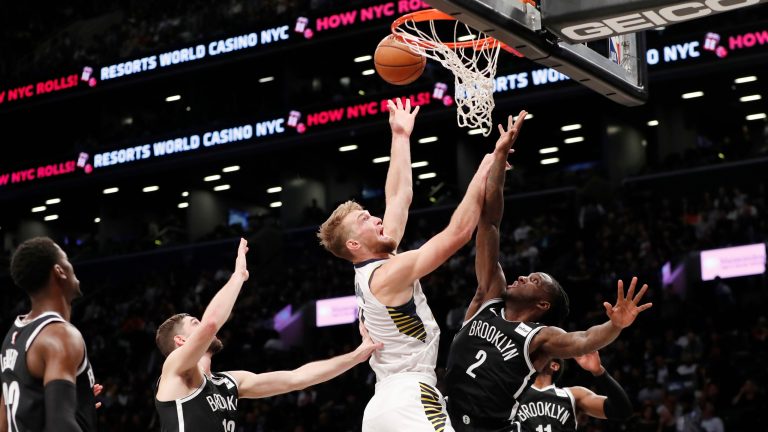 This is a legendary quote from Paul “Bear” Bryant who coached the University of Alabama’s football team to six national titles and amassed 323 wins during his tenure.

Different sport. Sure. However, this philosophy translates over from the field to the hardwood.

When looking at NBA Champions of this decade, you can point out a few common denominators; of them, having a strong defense is usually a recurring theme. An exception can be made of the 2017/18 Golden State Warriors, who finished 11th in the NBA in defensive rating and hoisted the Larry O’Brien trophy that June.

They’re the only team this decade with a defensive rating outside the Top 10 to win the Finals, but they also had Kevin Durant, Stephen Curry, Klay Thompson, Draymond Green, and Andre Iguodala to compensate for any defensive inadequacies on the other end of the court. That’s three definite candidates for the Hall of Fame and two likely ones on the court, at the same time, for the same team.

The Brooklyn Nets may have Kevin Durant now, but with the current construction of this roster—be it talented—they’re going to need to be better than a 26th ranked defense.

As it stands, the Nets are currently one game below .500, sitting at 4-5. That’s not exactly ideal, and sure you can point the finger at a drastically altered roster and a lack of chemistry, but given their schedule difficulty and the roster they possess, this has been an underwhelming start.

Offensively, they’ve been electric. The exploits of Kyrie Irving have been tantalizing to witness, they are lethal from beyond the arc and are amongst the best rebounding teams in the NBA.

Yeah, they may commit too many turnovers and leave points up on the board at the charity stripe, but even with that being said they are third in the NBA in scoring (119.8)—just behind the Milwaukee Bucks (119.9) and the Houston Rockets (120.1). This is without the addition of one of basketball’s greatest scorers in its history, Kevin Durant.

They can flat out score the basketball at high volume, it’s their defense that is failing them, miserably.

The Nets are currently allowing their opponents an average of 121.7 points per game, which is 29th in the NBA. Teams are shooting 38.6 percent from the perimeter against them, which again, ranks 29th in the NBA. They don’t communicate, they’re lost on switches, they have a horrific time accounting for the trail man in transition, their pick and roll defense is suspect, they just aren’t very good right now. It’s hard to be subtle about this.

Offenses are operating at a dangerous level of comfort against the Nets. They can get what they want, inside and outside, with minimal pushback. Kenny Atkinson is a smart individual, he’s fond of analytics, like many others around the association. But allowing practice jumpers from 16-feet coming off high action pick and rolls is a recipe for disaster, such was the case of Jeremy Lamb’s performance against Brooklyn when the team hosted the Pacers.

That may sound like I’m nitpicking on one aspect of their lackadaisical defense, but such issues of allowing opponents practice jumpers have been steadfast through the team’s first nine games. Atkinson has experimented with different schemes, has even had his squad fall into a zone when their defense has been especially bad, but the results have rarely been in favor.

The good news is that as a roster, they have individuals that are capable defenders. It’s been a lot of trial and error in the opening weeks of the 2019/20 season, but nothing has stuck yet; the good news is that there are obviously 73 more games to be played—this isn’t to say they are doomed on the defensive end.

Nicolas Claxton, their 31st overall draft pick has found his way into the rotation. A Swiss-Army knife on defense, he’s super-switchable (something this team desperately needs), has quick feet and great instincts combined with freakish athleticism and 7’2″ wingspan. His energy and infectious passion could help lead the charge into being a semi-respectable defense.

I’m not advocating for this roster as is to be a Top 10 defense in the NBA; however, with their electric offense, if they could just hang in the middle of the pack, they’ll be more then alright.

For my health, please, no more 48-point quarters for the opposition.