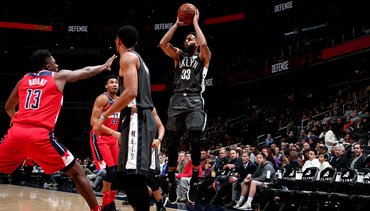 Another night to forget as the Nets chances of playoff action become further out of reach. Their record now stands at 8-15 following the loss to the Wizards. Here’s how it all unfolded.